With climate change mitigation emerging as a top priority, it is time to usher in a new Industrial Revolution, one where men, machines, innovation, productivity, and profitability are driven by the common purpose of increasing sustainability.

The climate crisis and the COVID pandemic are changing the way we produce, consume, work, live and interact with each other and our surroundings. Digitalisation, AI, robotics, the Internet of things (IoT) and the Industrial Internet of Things (IIoT), Augmented Reality (AR), Virtual Reality (VR), and blockchain technologies are already pushing human achievement and possibilities to new heights.

As we innovate further and break new ground, every field of human endeavour is under pressure to go green. Electric Vehicles (EVs) are making sustainable transportation commercially viable. Capital is chasing ground-breaking and innovative green ideas. Further, all business stakeholders, including consumers, governments, citizens, partners, and investors, are demanding care for the environment as part of products and services.

“A rich stew of new technologies, materials, design methods, financial techniques, business models, smart policies, and aggressive investments could in this decade revitalise, relocate, or displace some of the world’s most powerful industries,” declares Amory Levins, co-founder of the Rocky Mountain Institute, an organisation dedicated to enabling the transition to clean energy, in a recent report.

The writing is on the wall. The next industrial revolution could very well be one driven by sustainability. A revolution that leads people to consider the environment and focus on doing more with less. The future will hinge on the world being able to rethink, reuse, recycle, regenerate, and share resources, as well as treat natural resources as precious commodities.

“Being closer to nature and biodiversity will be a very important part of the next industrial revolution,” explains Meri Ventola, Director of Technology at UPM Biochemicals. “We will be moving away from the heavy consumption of today into the traditional way of doing things so that we are really recycling and reusing the materials in an efficient way.”

She should know. At UPM, wood’s incredible versatility has been unleashed to create a slew of innovations that promise to quench the world’s thirst for raw materials in a sustainable and renewable fashion. For instance, the company has already developed biofuels that produce about 80 % less greenhouse gas emissions than fossil diesel while their range of biochemicals is being used to replace fossil-based chemicals in many products.

The rise of such radical innovations is a trademark feature of previous industrial revolutions, heralding seismic shifts in human society.

For instance, the first industrial revolution was sparked by the invention of the steam engine and the spinning jenny, which gave us factories, railways, power looms and textile mills – giving humanity the means to influence our environment in a way unlike ever before. The second industrial revolution gave the world telephones, telegraph, railroads, electric power, gas, petroleum, engines, modern ships, rubber, bicycles, and automobiles – allowing for maximum utilisation of our environment.

In rapid succession, the third and the fourth industrial revolutions redefined automation and gave us the Internet, connectivity, mobile phones, renewable energy, and electric vehicles (EVs) – innovations that allowed the world to take stock of exactly how it is using the planet’s natural resources. And now, the fifth industrial revolution stands poised to give people the power further take responsibility for the environment and their impact on it.

“I've got solar on my roof in my home here outside Toronto, Canada. I've got a Tesla in the garage. Theoretically, I'm a net-zero driver because I'm not really burning any resources,” says futurist Jim Carroll. “This fundamentally changes everything in terms of what we think sustainability is,” he adds. 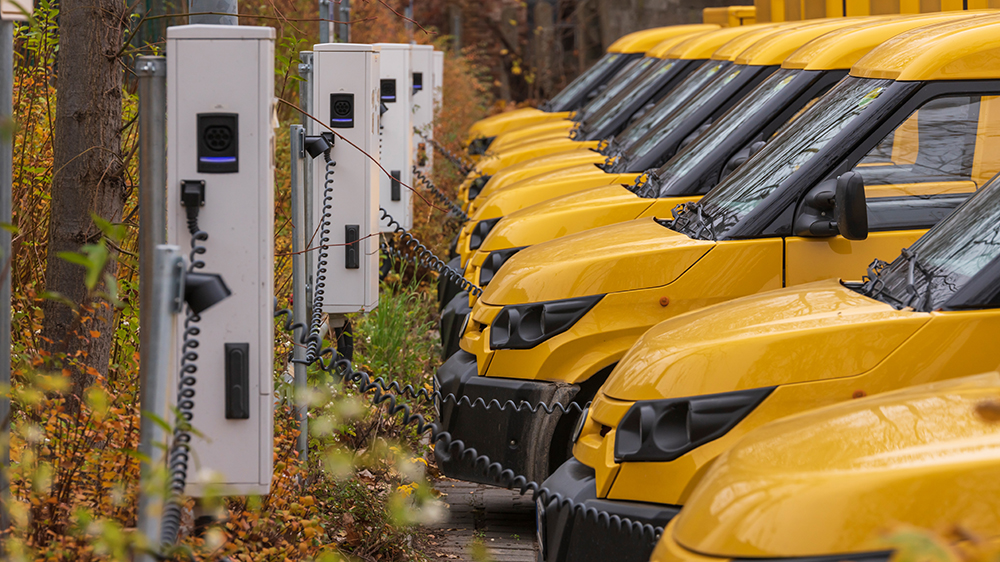 EVs are ushering in the era of net-zero mobility. Photo: Shutterstock/Ronald Rampsch

Carroll’s mention of a car is almost prophetic. According to the World Economic Forum, the automotive industry is on the brink of driving the next process and technology-driven industrial revolution with a circular economy template that other global industries could follow.

Recently, 60 automakers, research institutions, NGOs, suppliers and international organisations committed to the ‘The Circular Cars Initiative’ (CCI) to facilitate the transition towards a circular economy.

Many automakers like Daimler (Mercedes-Benz) and Renault are already using recycled materials in their vehicle production. Others, like Ford which pioneered the concept of doing more with less, are turning plastic waste into a secondary raw material, reusing waste powder from 3D printers for injection-moulding vehicle parts, using discarded carpet in moulded engine components and recycling tyres in dash panel extensions.

It’s important to know that most of these circular economy initiatives have been executed as collaborations. So, why would the mighty not go alone?

“Collaboration is the only way forward. Nobody can actually do things alone. Stakeholders who have the money and capability need to put all their efforts into today's new technologies, allowing us to make progress in the right direction,” explains Ventola. 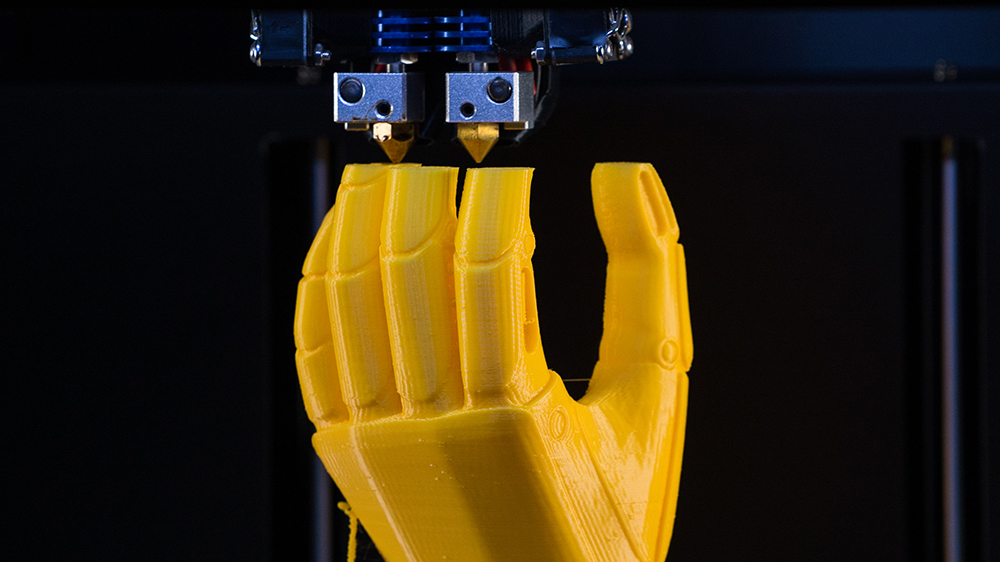 3D printing is the most promising sustainable technology for the future. Photo: Shutterstock/stockddvideo

The age of mass customisation

3D printing is at the top of the list of emerging technologies that will help us in the future. It is an efficient, affordable and, most importantly, sustainable way to have closed-loop manufacturing processes that repurpose, reuse and recycle waste materials.

For instance, carmaker Renault plans to use 3D printing to recycle and retrofit vehicles in what it calls, ‘Europe’s first circular economy Re-Factory’. Several other car manufacturers are following suit.

Many companies around the world have also started using 3D printing to reduce their carbon footprint and integrate waste into materials, in order to become more efficient and environmentally friendly. 3D printing is also being used in healthcare (bionic limbs, etc.), pharmaceuticals, cosmetics and food items.

“The industrial IOT, 3D printing and advanced scientific materials are taking us from a world of mass production to mass customisation, where we can manufacture products for a market of one. This really changes everything and perhaps the biggest potential impact comes from 3D printing,” predicts Carroll.

Mercedes-Benz provided a good example of this last year when it offered its 3D printing services expertise to produce medical equipment during the COVID crisis. The flexibility offered by 3D printing is all the more important when you consider the different materials that it can use to create new products. 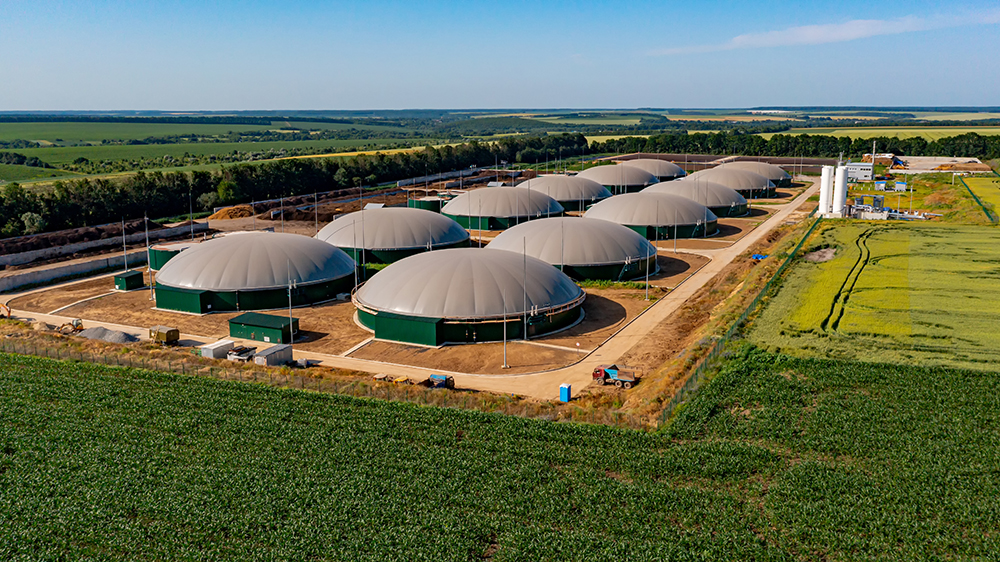 Sustainable materials like biofuels will power the future. Photo: Shutterstock/Terelyuk

A revolution in material science

Industrial Revolution 5.0 will be as much about materials as it is about mettle. Carroll estimates that by 2025 there will be 5 billion known chemical substances compared to just 19 million today. What impact will these substances have on manufacturing?

“It means opportunities for innovation,” says Carroll passionately. “Years ago, it was the discovery of one single new chemical substance that permitted Apple to miniaturise the hard drive for the first edition of the iPod. In other words, one single new chemical substance led to the birth of a multi-billion-dollar industry. And that's one substance out of 5 billion, meaning there is so much opportunity from new material science.”

The potential is enormous, but so is the responsibility to learn from past industrial revolutions. Care must be taken to ensure that these raw materials are sourced sustainably and is a part of the circular economy. The forest industry has a key role to play in this regard.

Through the practice of sustainable forest management principles, the forestry industry has succeeded in creating an ever-renewable and sustainable resource through wood-based products.

For example, nanocellulose, a gel-like substance refined from wood pulp, is hoped to replace harmful metals and plastics in batteries and sensors, as well as smart packaging – where it could be used both as an electrical and protective component. Wood by-products, such as UPM’s Renewable Functional Fillers (RFF), are being used to replace carbon black and precipitated silica in various end-uses of rubber and plastics applications, such as hoses, sealings and automotive weather strips.

“We test various technologies and manufacture materials for application development,” explains Ventola. “In the fourth industrial revolution, the share of fossil-based chemicals is still huge compared to biochemicals. But this will change. We need to change it. At UPM, our work helps provide us with the knowledge that provides the basis for identifying new areas where we can grow. We even have a satellite made from wood launching off this year. I am very excited about other such possibilities the future will bring.

As the world races to enter a new industrial age, it is clear that the sky is no limit. Are you ready for Industrial Revolution 5.0?