According to a study by VATT and VTT, drop-in biofuels produced in Finland are the most cost efficient way for the national economy to reduce CO2 emissions in transport.

Saara Tamminen, Senior Researcher from VATT believes that Finland should aim to make significant investments in Finnish drop-in biofuels based on wood, waste or residues in order to reduce greenhouse gas emissions in transport. 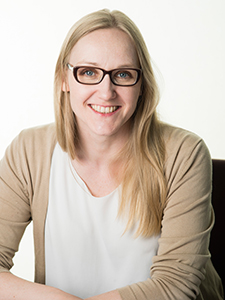 "Advanced drop-in biofuels are the most significant and cost efficient way to reduce emissions in transport. Drop-in biofuels can be used in all current diesel and petrol cars through the existing distribution systems. Therefore, there is no need for specially designed vehicles or a separate distribution infrastructure."

Tamminen was involved in a study conducted by VATT Institute for Economic Research and VTT Technical Research Centre of Finland Ltd, which estimated the impacts of alternative forms of energy on climate and costs.

The study looked into what kind of actions should be taken and what the costs would be in order to reduce CO2 emissions in Finnish transport by 30% or 40% by 2030 compared to the emission levels in 2005.

"Drop-in biofuels will also decrease the emissions of older vehicles, so consumers don’t need to invest in new cars and technologies. This is also a major benefit for the national economy."

"Other fuel alternatives require the introduction of suitable cars and a new distribution infrastructure," Tamminen adds.

Research has shown that ethanol and biogas based on wood and waste would also be fairly cost efficient alternatives. However, using biogas and ethanol demands more vehicles designed to use these fuels.

Tamminen remarks that consumers cannot be obliged to renew the car pool. Instead, the government should allocate, for instance, public subsidies for alternatives that are most beneficial for the national economy.

"Major investments in the production of Finnish drop-in fuels would increase the GDP somewhat in the long run. With the new investments, domestic production will grow, the employment will improve and the level of import will be reduced, all of which will have a positive impact on the GDP."

According to this scenario, investing in Finnish renewable diesel and petrol is the most effective way to achieve the emission reductions. In the model, the supply is complemented with biogas that is produced in the quantities that are needed for the gas cars in use.

The EU is currently renewing the emissions trading system to become compliant with the targets of the energy and climate package of 2030.

The initial energy package proposal by the Commission does not contain a binding share of renewable energy for transport. Instead, in the national burden sharing, the emission target of the external sector of the emissions trading system is tightened significantly as compared with the target set for 2020. This also calls for a significant reduction of CO2 emissions in transport.

Tamminen estimates that in order to carry out the emission reductions in a way that is beneficial to the national economy, Finland must invest in the production of domestic biofuels and biogas as well as raise the distribution obligation of biofuels to the required level.

"However, to actually reduce the transport emissions in practice, various methods are needed side by side. This includes an increase in cycling."