Thirteen years ago Panu Routasalo was working as an engineer in oil production. Around the same time, UPM also stood at a watershed point in its history. Squeezed by digitalisation, forestry was branded a sunset industry and doomed to a rapid demise.

Prematurely, it turns out. Today forestry is a thriving sunrise industry, with UPM leading the pack as an innovator of sustainable wood-based alternatives to oil-based products. Routasalo heads this pioneering work in his current role as UPM’s Vice President of Biofuels. 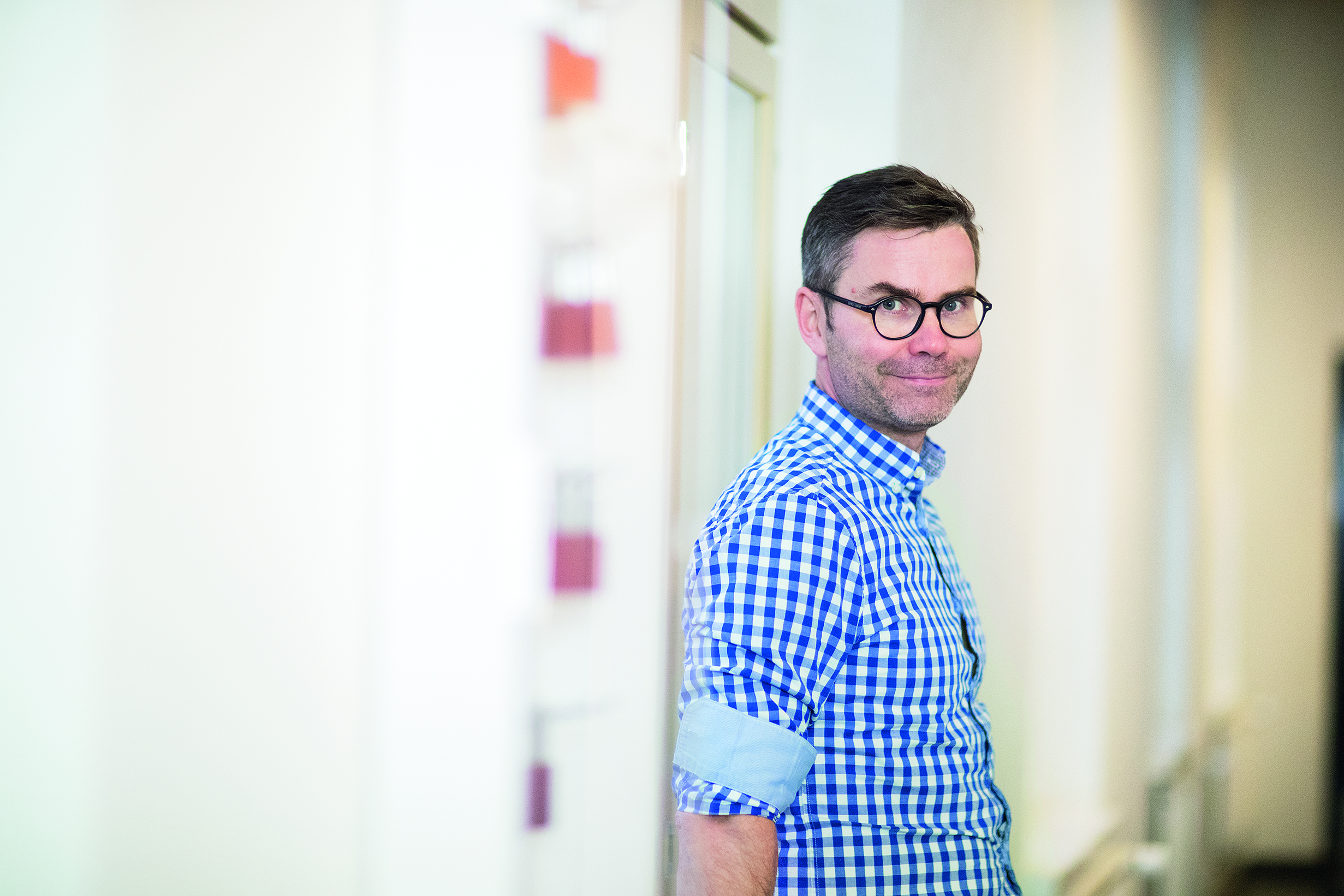 Biofuels is a segment in which UPM has made rapid strides recently. On its fifth anniversary, the Lappeenranta Biorefinery is running over its nameplate capacity of 130,000 tonnes per year and racing to keep up with demand.

“The market is evolving in a very healthy direction, with clear biomandate growth seen in many countries recently. To meet this positive wave of demand, we are planning a second multi-feedstock biorefinery five times larger than the existing one to be located in the port town of Kotka,” notes Routasalo.

The opening of the Lappeenranta Biorefinery five years ago was a ground-breaking moment, as it is the world’s first plant to produce wood-based renewable diesel and naphtha on an industrial scale. Its main products are UPM BioVerno renewable diesel and naphtha, which reduce up to 80% of carbon emissions compared to their fossil equivalents. In simplified terms, this amounts to a CO2 reduction equal to the annual emissions of over 140,000 cars.

UPM’s biorefinery is a textbook example of the circular economy in action. It converts industrial waste into sustainable energy by producing wood-based diesel and naphtha from crude tall oil, a residue from pulping coniferous trees. A large part of the feedstock originates from UPM’s own pulp mills, the closest one being right next door to the biorefinery.

The UPM BioVerno naphtha produced in Lappeenranta is a highly versatile bio-based raw material that can replace fossil feedstock not only in fuels, but also in renewable plastics and other chemical industry solutions. By collaborating with fellow sustainability forerunners, UPM has produced innovations such as a 100% wood-based, fully recyclable milk carton created in collaboration with Elopak and Dow.

“The Arla dairy company is using it on the Finnish market to replace 40 million milk cartons per year with fully wood-based cartons. Every tonne of UPM wood-based naphtha converted into renewable plastics reduces a corresponding amount of fossil raw material usage,” notes Routasalo. 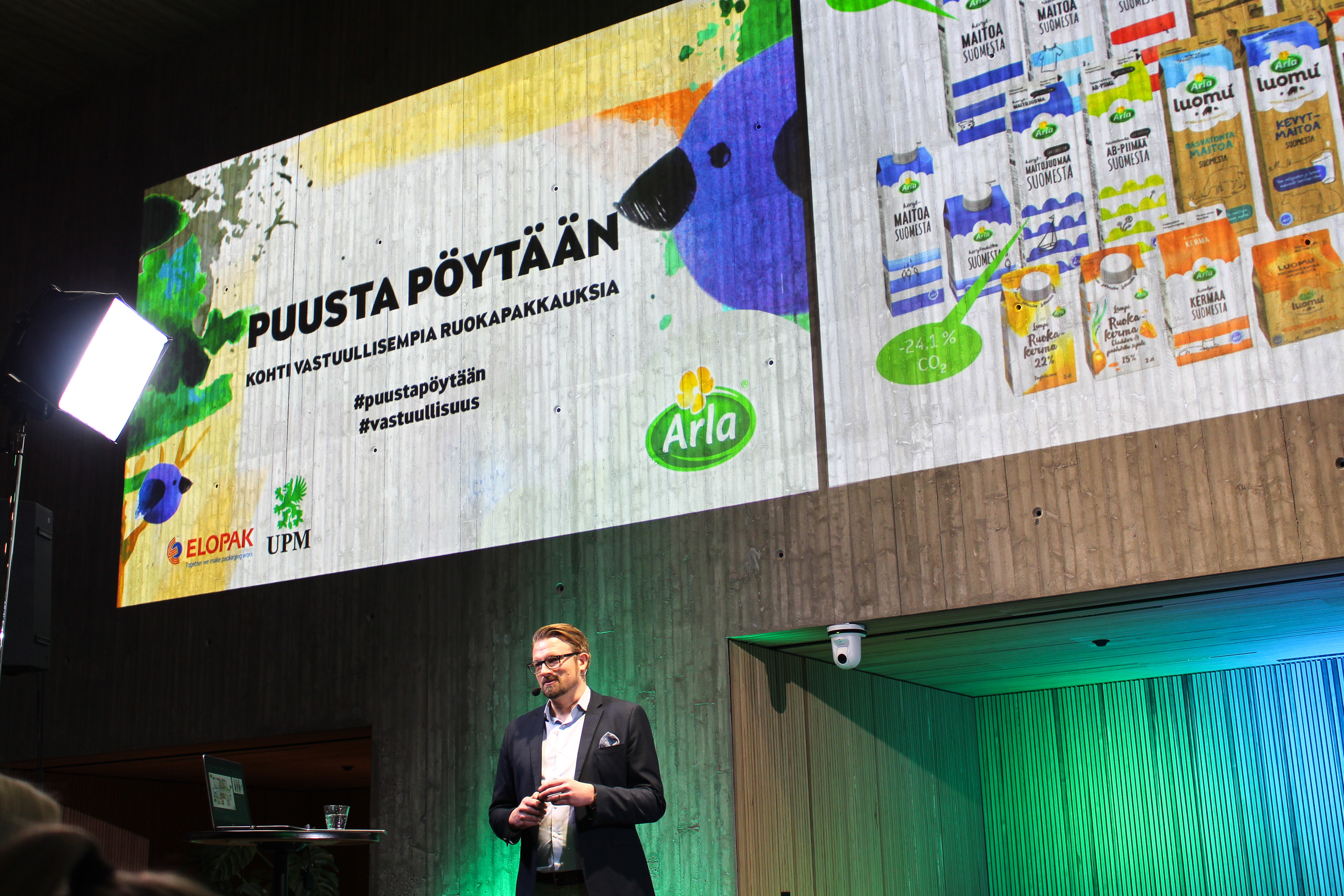 Arla has been the first company in Finland to use renewable wood-based bioplastics in gable top paperboard cartons for milk, yoghurt and cooking products.The use of wood-based bioplastics reduces the need for fossil-based plastics by 180,000 kilogrammes per year while also reducing the packaging's carbon footprint by about a fifth.

Another exciting outcome of UPM’s partnering is a breakthrough called UPM Raflatac Forest Film™, a 100% wood-based label material made from UPM BioVerno naphtha that is sourced from sustainably managed forests.

As Forest Film shows, our Biofore strategy not only fosters climate-positive innovation, but also generates multiple synergies. UPM’s various businesses from pulp to labelling all fit neatly together like a perfect jigsaw puzzle.

“It all just clicks. Our businesses are strategically connected by the same ideology. All share the goal of providing solutions for a future beyond fossils. On a practical note, too, there are great synergies and flows between UPM’s businesses. We at UPM Biofuels for example use the residues of pulp production as feedstock for our fuels, and we in turn provide raw material for solutions like Forest Film.”

With plans afoot to potentially construct a new biorefinery in Kotka, UPM is set to significantly expand its biofuel presence in Europe. Routasalo is confident biofuels will play a growing role in efforts to reduce transport emissions over the coming years.

He hastens to add, however, that every climate-friendly solution is needed urgently, from improved public transport to electromobility. “We aren’t racing against electric cars. We see ourselves as contributing to the same endgame. My guess is that electric cars will eventually contribute roughly one third of transport emission reductions, and biofuels will cover the rest,” he predicts.

While crude tall oil remains the chief raw material of UPM BioVerno in Lappeenranta, UPM’s team is currently also working on innovative feedstock options such as climate-positive farming of Brassica carinata. The beauty of this crop is that it not only reduces greenhouse gas emissions when converted into fuel, but it also absorbs a large quantity of carbon dioxide and stores it in soil when cultivated on existing farmland during underutilised periods in winter. 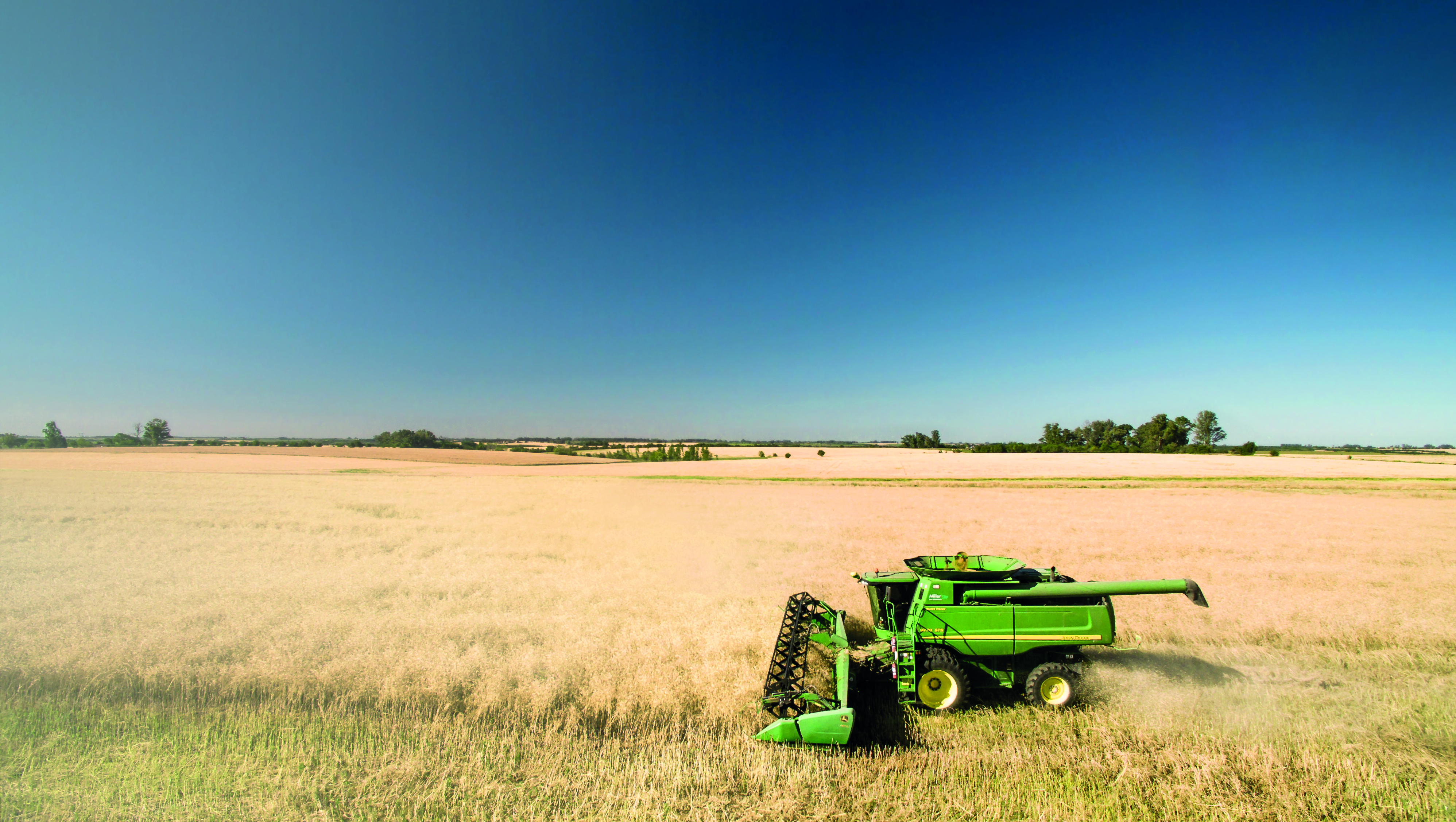 “Brassica carinata can be rotated with food crops. It is planted during the less productive winter season as a sequential crop, making it an excellent raw material for producing renewable biofuel. It sucks carbon out of the atmosphere, helping us to bring a truly sustainable feedstock innovation to the market,” explains Routasalo.

With climate change recognised as the most urgent threat of our time, Routasalo is proud to be involved in trailblazing efforts to avert dangerous global warming. “I have two kids, so I couldn’t imagine working in an industry that harms their future. It’s great coming to work every morning knowing that I’m doing something good for the planet. Now I’m part of the solution rather than the problem,” he concludes.