UPM Plywood has developed a new organic soil conditioner that can be used to improve the growth conditions of arable land. This soil conditioner is made from bark waste, which is a side stream of plywood production.

The Finnish agriculture sector is currently in need of solutions for increasing the amount of organic material in arable land. Organic material consisting of microbes and plant and animal matter, improves the growth conditions of soil. However, a decrease in cattle farming, amongst other things, has caused a reduction in levels of organic material in soil. This is why there is a need to find new alternatives to cattle manure, which has traditionally been used to improve the quality of soil in arable land.

One proven alternative is bark waste generated from plywood production. During the soaking which is the first step of manufacturing, all impurities and a part of the bark is removed from logs and sank at the bottom of the soaking pond as bark and soil separate. In collaboration with ProAgria and the Natural Resources Institute Finland, Luke, UPM Plywood has conducted research into whether the impure bark produced at the Pellos mill can be used to improve the quality of soil in arable land.

As a result of this collaboration, a soil conditioner containing crushed impure bark and bottom ash (which has a beneficial pH value) from the Järvi-Suomen Voima power plant was developed. The first batch of the product was launched last summer.

“The soil conditioner has been approved by the Finnish Food Authority, and it’s ideal for cultivating fields and landscaping. The product can also be used in organic farming, and it can be easily spread over fields using a solid manure spreader”, says Sanna Kontinen, Environmental Manager at UPM Plywood.

ProAgria and Luke’s joint project in Southern Savonia has proved that bark waste is suitable for use as a soil conditioner. Fields in this area are mostly made up of coarse mineral soil; a type of soil in which levels of organic material have declined, according to soil fertility studies.

“UPM offered farmers a batch of soaking pond bark. We wanted to find out if it could be used to increase the amount of organic material in fields”, explains Riitta Savikurki, one of ProAgria’s experts who specialises in plant production and economy. 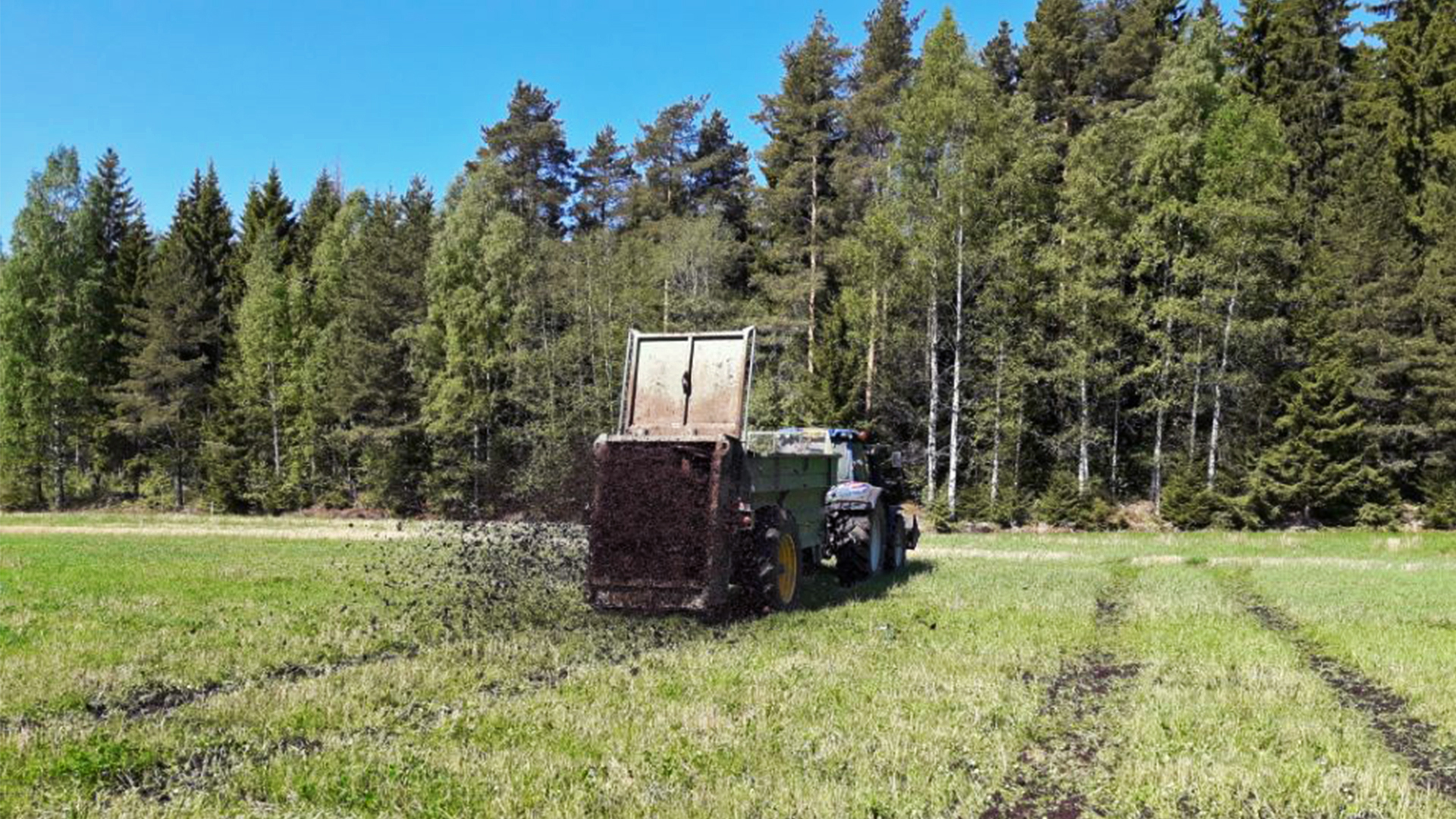 In 2017 and 2018, two farms in Ristiina spread the dried, screened and crushed bark over their fields. At the same time, different mixtures of bark, bottom ash and calcareous slag (a side stream from the Voikoski gas plant) were tested at the Luke research field in Karila. In 2018, an organic farm in Mäntyharju joined the experiment.

During the project it was observed how adding the bark to soil affected the crop.

“We didn’t notice anything out of the ordinary in terms of crop yield or quality. In the long term, adding organic material improved the soil’s nutrient retention capacity and looseness”, says Savikurki. “I would absolutely recommend the use of this product as a soil conditioner and a solution to increase the humus content of fields, especially in coarse mineral soils. Also, as a bio-based product, it doesn’t have any detrimental elements”.

Using bark waste as a soil conditioner can also boost carbon absorption in agricultural areas, which is one way to mitigate the effects of climate change. The bark is primarily made up of cellulose and the carbon it contains, so adding it to soil means that carbon can be absorbed.

“In addition, an essential benefit is that growth of the roots of plants and crops above ground increases as the nutrient content and quality of the soil improves. This in turn increases absorption of carbon from the atmosphere. When adding organic material, it’s important to ensure that there is enough nitrogen in the soil for the plants in the form of cattle manure, digestates from biogas plants or fertilisers”, says Päivi Kurki, researcher at Luke.

According to Kurki, the soil conditioner’s potential should be studied more closely from the point of view of reducing the environmental impacts of agriculture. “As we work together and look for solutions to increase the resource efficiency of food production, it’s essential that we use local side streams”.

Results of the collaboration

Due to the abundance of bottom ash, not all of the bark collected at the UPM Pellos plant is used as soil conditioner; some of it is used in landscaping. All waste fractions generated at UPM’s plywood mills are recycled. Further uses of bark waste have long been sought after and using it as a soil conditioner is the most cost-effective option.

In addition to the joint research carried out by UPM together with ProAgria and Luke, production and distribution partners also contributed to these positive results.

“I think this project is a great example of how we can find ways to reuse even the most problematic waste fractions through long-term and diverse collaboration”, says Kontinen. “This has also been made possible due to changes in legislation and a shift in attitudes favouring a circular economy”.

Hands on experience with WISA Plywood lasts a lifetime

Responsibility Made Easy – stories from our Everyday Lives