The win-win benefits of biodiversity

Biodiversity is not only a question of nature’s wellbeing, but also of economics – especially for the bioeconomy business. But how can it be measured, and what might bracket fungi and ospreys tell us about the condition of our forests?

Last autumn, researchers with paper bags in their hands, bent over, intently examining samples of bracket fungi could be spotted by various creatures in the forests of Southern Finland and Kainuu. Some human berry-pickers may have spotted them, too.  Occasionally the researchers were joined by Reijo Penttilä of the Natural Resources Institute Finland. Penttilä leads a bracket fungus transplantation project and has been researching bracket fungi for over 30 years. 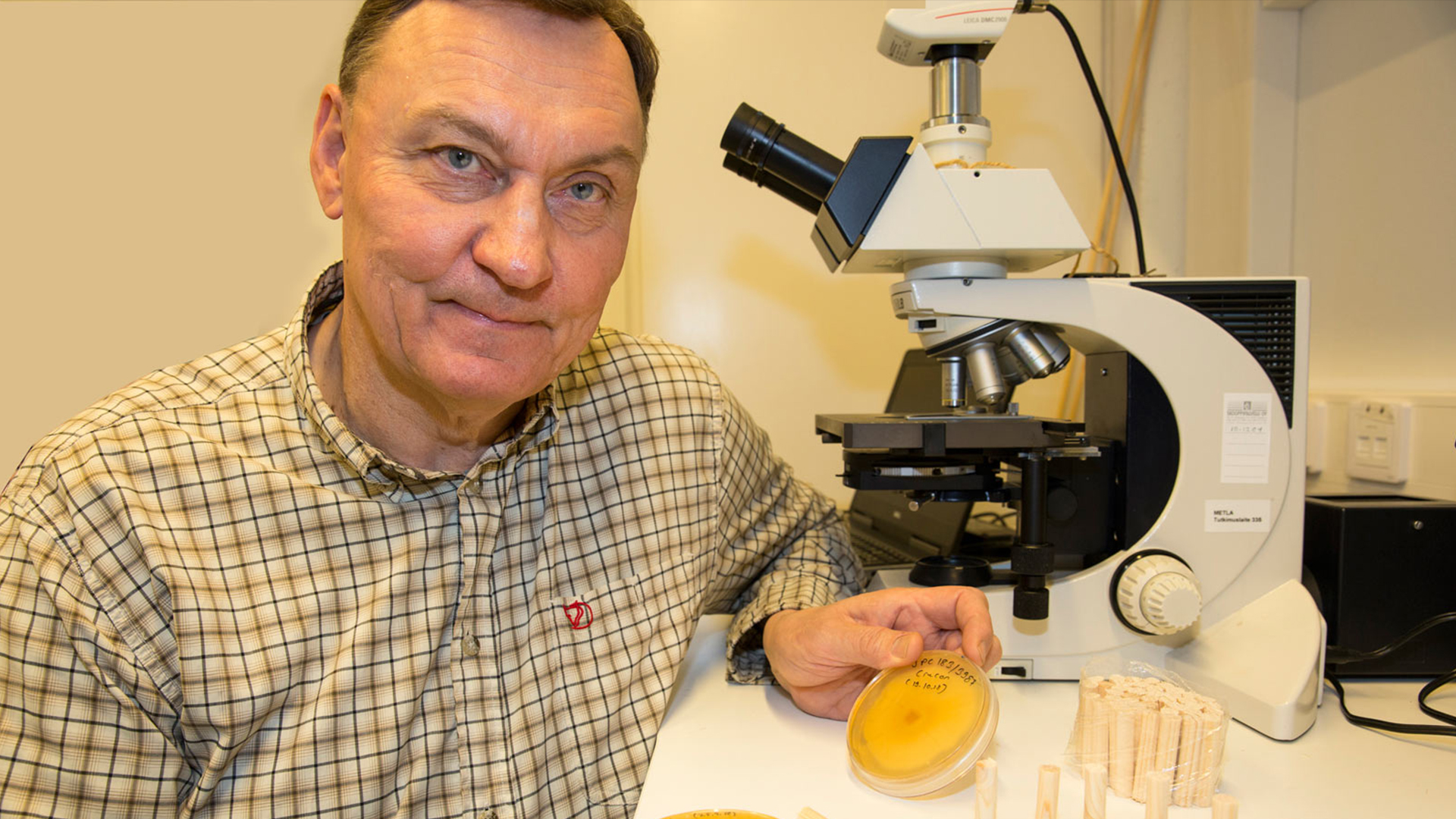 “There are over 400 known species of bracket fungi in Europe. We have 250 here in Finland, and 41% of them are endangered or in need of monitoring. For this reason, bracket fungi are being transplanted onto dead wood in the forests of Southern Finland, where these species are most endangered,” explains Penttilä.

Fruiting bodies of 23 endangered species of bracket fungi were collected from the forests of Southern Finland and Kainuu. Next August and September, wooden plugs will be used to inoculate trees in 10–20 different forest areas with bracket fungus mycelium. The endangered species will be transplanted into dead wood that has fallen naturally, and in some areas, into felled brushwood. 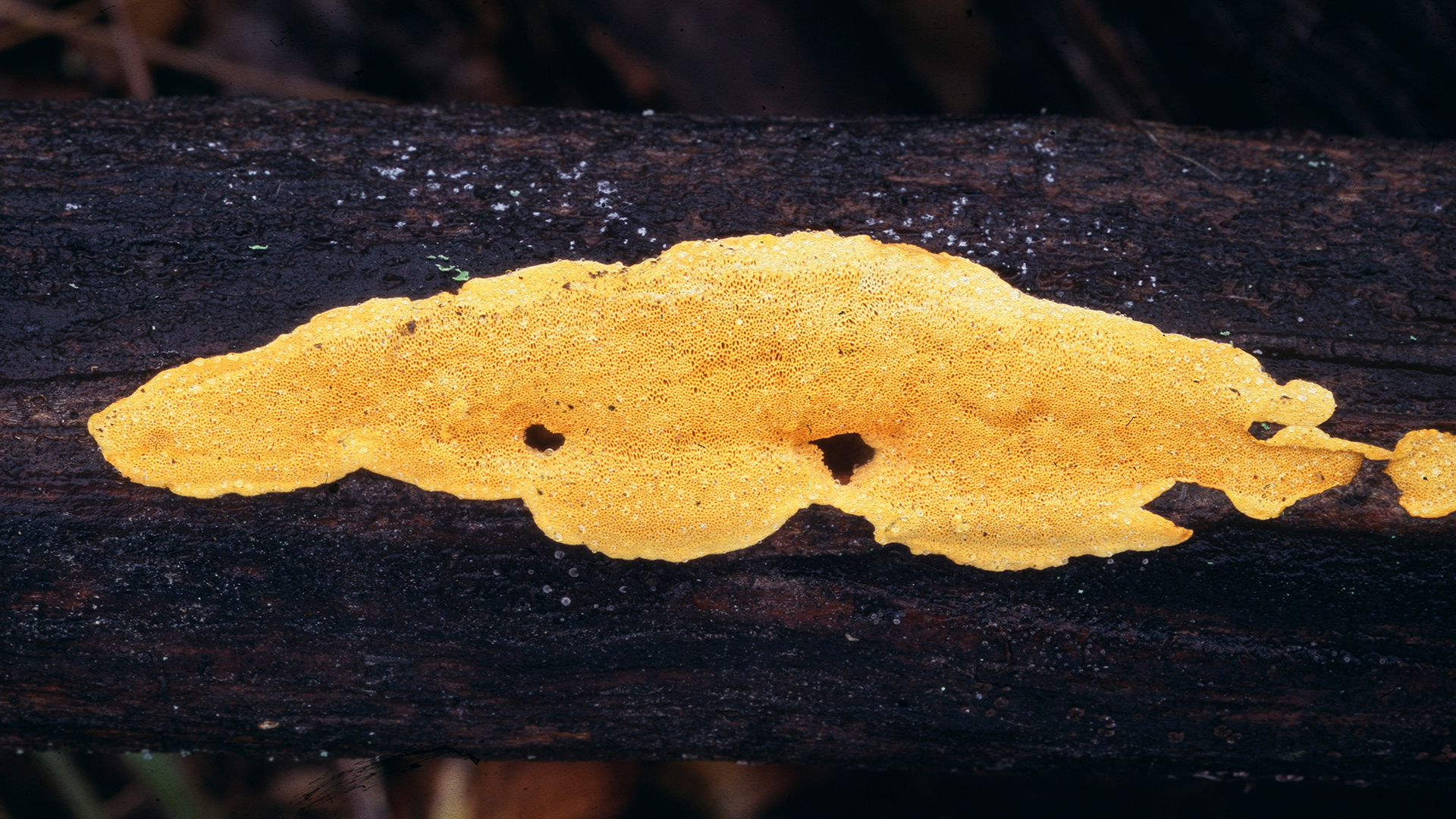 The goal is for the transplanted species to begin producing fruiting bodies that will release spores, allowing the species to spread naturally into nearby dead wood. The forest areas will be selected in consultation with UPM, Metsähallitus and the City of Helsinki.

“Bracket fungi are only one group of species, and no single method is enough to ensure the world’s biodiversity. However, bracket fungi are an important group — they are used as indicator species to measure forest biodiversity, and their role in decomposition creates the conditions necessary for the occurrence of many other species. In efforts to support biodiversity, it’s important to help different species not only for their own sake, but also for the bigger picture,” Penttilä explains.

Ornithologist Juhani Koivu has explored biodiversity from a different perspective – a bird’s-eye view – ever since he was a little boy. Koivu is the founder of the globally recognised Finnish Osprey Foundation.

Based at the Osprey Foundation’s conservation centre in Kangasala, Koivu explains that the first ospreys are just returning to the local fishing waters from their migratory journey to Africa.

“They are phenomenal navigators and live in the same nest their entire lives. Our tracking has shown that they are able to return to the exact same nest in Utsjoki – down to the very centimetre – from thousands of kilometres away in South Africa, for example. Ospreys also navigate to familiar places to feed. One particular osprey always stops for a week to fuel up at the same lake in Ukraine while migrating,” Koivu describes. 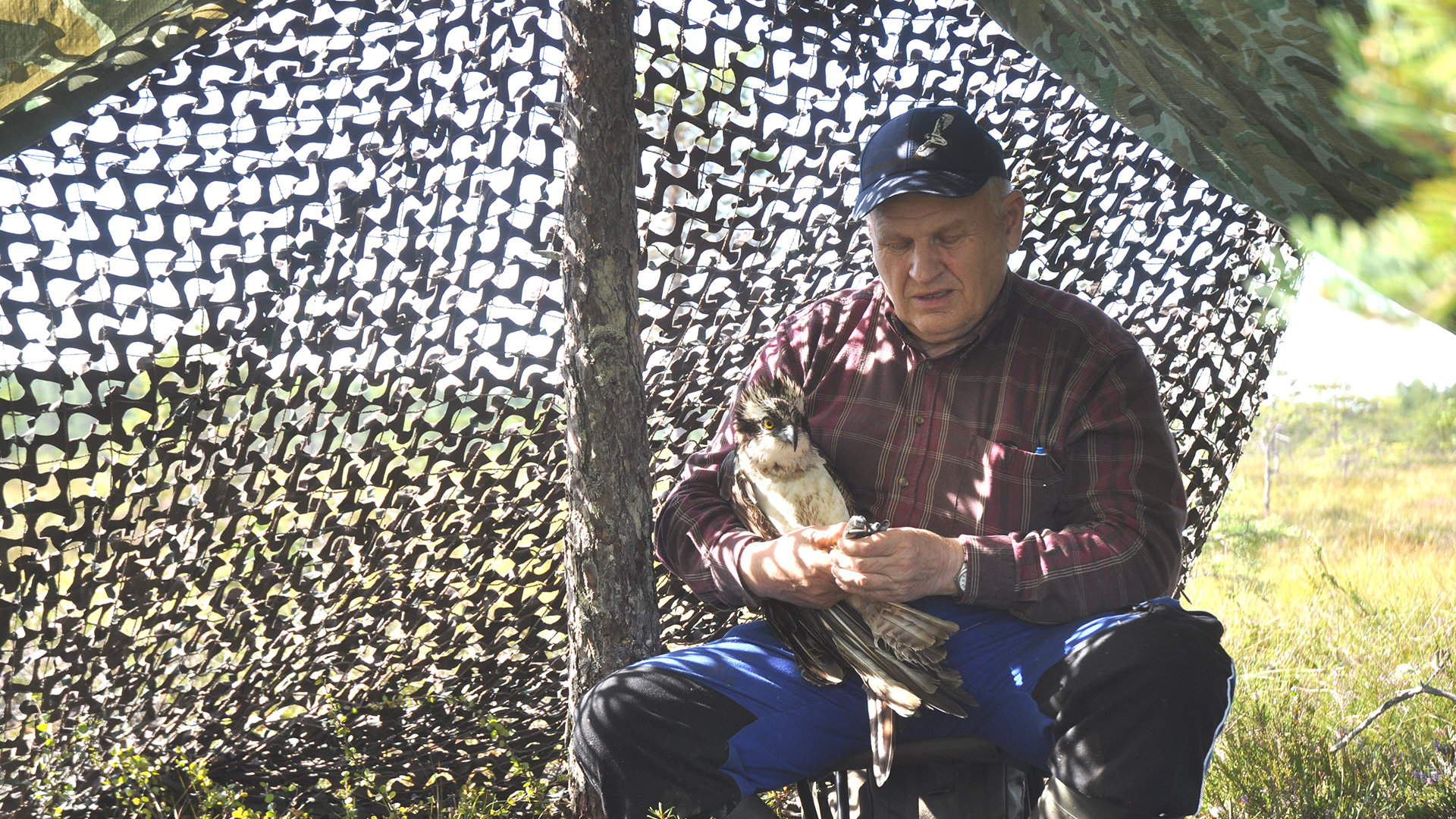 The osprey is an interesting bird with a cosmopolitan distribution: it lives on every inhabited continent. The osprey’s conservation status in Finland currently looks brighter than it has in decades, as it is no longer on the red list of threatened species. But the sea hawk’s fortunes have not always been so bright. From the 1930s onwards, bounties were paid for ospreys in Finland because they were believed to deplete fish stocks. Ospreys are indeed fish-eaters, but they are not the reason for decreasing fish populations. Ospreys also face other threats such as environmental toxins, to which other migratory birds are similarly exposed in many countries.

The osprey is a useful biodiversity indicator in many different ways. As a large predatory bird at the top of the food chain, it tells us about the status of local fish stocks and trends in environmental water quality.

Ospreys also provide valuable information about forests due to their fastidious habitat requirements. The birds build their nests from dead branches in the tallest available pine tree. Tall, old-growth pines are rare in commercial forests, but efforts are being made to increase their number by retaining stands of older trees during harvesting.

“We’re moving in the right direction: the osprey population has increased. UPM has collaborated with the Osprey Foundation ever since it was established. Over the years, we have collaborated in various projects, such as the implementation of an extensive artificial nest programme, the monitoring of osprey nesting with nest cameras, the creation and distribution of informative and educational material, and the utilisation of a GIS system to record osprey nesting data,” explains Koivu, pleased with the results of this long-term teamwork.

Timo Lehesvirta, Sustainable Forestry Lead at UPM, is closely involved not only in the bracket fungus transplant project and osprey work, but also in all of UPM’s other biodiversity initiatives.

“We’ve been systematically implementing a forest biodiversity programme for over 20 years now. The tree mix has become more diverse and the amount of dead wood has increased, which is important because a quarter of forest species live in dead wood,” he observes.

“In November, we published our new biodiversity targets, which are part of UPM’s 2030 responsibility targets. This is a world first – no other bioeconomy enterprise has taken such a proactive stand on protecting biodiversity. Our biodiversity targets are being monitored by an independent group of researchers.”

These days biodiversity is understood to be an issue that is relevant to everyone – it has finally become mainstream.

“Every species that is lost is gone for good, and humans have an ethical responsibility to look after other species. Our health and wellbeing are dependent on the organic world, from morning to night. When we protect nature and its diversity, we’re protecting life itself,” says Lehesvirta.

From an economic perspective, biodiversity is the cornerstone of the entire bioeconomy, offering a sound economic argument for taking care of nature. “By promoting biodiversity and utilising natural resources responsibly, we are creating opportunities for growth as we inevitably leave behind the fossil fuel era.”

Our efforts in protecting biodiversity include:

In the national Light & Fire LIFE project we support endangered species living in sunlit environments and our beautiful recreation areas.

Read more about the project

We are transplanting threatened wood-inhabiting fungi into forests to increase biodiversity. Learn more about our unique transplantation project!

Our co-operation in the promotion of ospreys living conditions have been very successful. Learn more, what kind of collaboration we have done to gain effective species preservation!

Protecting water resources from the effects of forestry is one of our biodiversity targets. In our migratory fish programme we have dismantled migration barriers to restore fish stocks.