This year some 50 million red paper flowers are produced as a symbolic gesture of remembrance for fallen soldiers. The pulp used in poppies comes from UPM Kaukas pulp mill and the paper is manufactured by James Cropper paper mill in Great Britain.

The battlefields of the First World War provided the fertile ground that the common poppy (Papaver rhoeas) needed to thrive. With its red petals, the poppy became a symbol to honour who have fallen in the Great War. Remembrance Day, which yearly marks the end of hostilities on November 11, 1918, is also known as Poppy Day. These paper flowers, pinned on the left lapel, are a common sight on the streets of the United Kingdom, Canada, Australia and New Zealand leading up to that day.

The Poppy Appeal organised by the Royal British Legion raises donations for veterans and the Armed Forces community. Nine million paper poppies were distributed in the first Poppy Appeal in 1921, raising money for veterans’ employment and housing.

The flower is also immortalised in the famous poem In Flanders Fields by Lieutenant Colonel John McCrae, a Canadian physician who penned the following lines in 1915 after witnessing his friend die on the battlefield: “In Flanders fields the poppies blow, Between the crosses, row on row, That mark our place, and in the sky, The larks, still bravely singing, fly, Scarce heard amid the guns below.”

A hundred years of collaboration

Today, the poppy starts its life at the 173-year-old James Cropper paper mill, located in Burneside, in northwest England. James Cropper has been producing ‘poppy paper’ for over 40 years, though the mill began making paper in 1845. Members of the Cropper family are still involved in the business today, with Mark Cropper as the current chairman.

James Cropper’s relationship with UPM stretches back over 100 years, when UPM Kaukas first began supplying the mill with pulp.

“We recognise the value of the relationship and the quality which we both achieve in our businesses. We have taken our fibre management expertise, belief in innovation and focus on sustainability, to create new business alongside craftsman-led papermaking,” notes Phil Wild, CEO of James Cropper PLC. 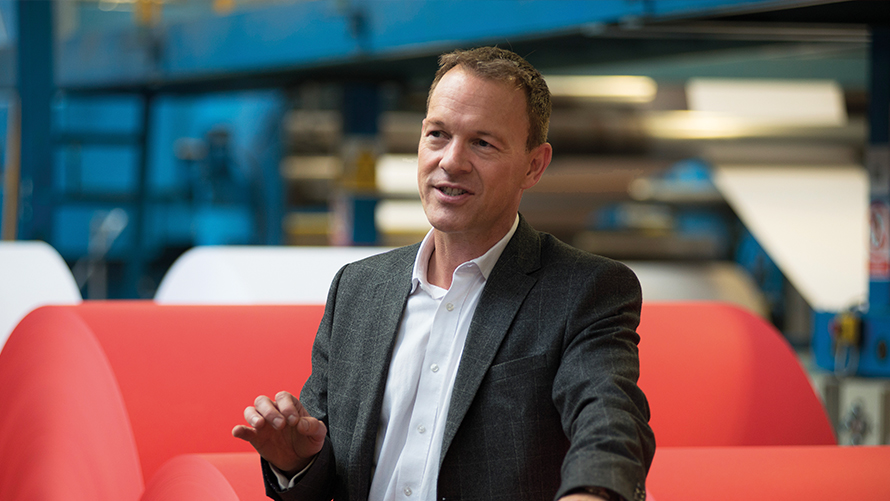 The business offers alternatives to fossil-fuel derived materials such as plastics, and they also provide lighter weight materials for better fuel efficiency in aircraft. The latest addition to the portfolio is CupCycling™, which aims to reduce landfill waste by recycling some of the d 2.5 billion coffee cups thrown away in the UK each year.

The performance of the mill’s coloured papers, such as the one used in the paper poppies, is something for which James Cropper is well known. The specialist paper producer has over 12,000 different colour combinations available in its product library and a master colour blender who is able to differentiate between shades with the naked eye.

Can setting fire to a forest ever be a good thing?