Since its unveiling in 2014, the Biofore Concept Car has graced various fairs around the world and charmed everyone with its friendly design and renewable and recyclable materials. It received its biggest welcome yet in China, when it arrived last September 11 for the 1st China International Import Expo (CIIE) in Shanghai. The CIIE starts 5 November and lasts until 10 November. Chinese media were on hand to cover the moment when the Biofore Concept Car cleared customs, making it the first official exhibit for the CIIE to arrive from abroad. At the CIIE the Biofore Concept Car and its innovative materials will again impress a brand-new audience.

The president of China, Mr. Xi Jinping, will visit the expo together with other government officials and delegations. The Biofore Concept Car will be on display at the Finnish booth, and UPM will host its own event on Thursday, November 8.

The Biofore Concept Car has shown example from the year 2014

The car, although manufactured four years ago, is a shining example of UPM’s newly revealed brand promise: Beyond Fossils. Local and national coverage from CIIE has thus far focused on how the Biofore Concept Car makes use of innovative renewable biomaterials developed by UPM to make it as resource-efficient and as recyclable as possible.

“This concept car integrates a variety of renewable and recyclable materials and hopes to show the unlimited possibilities of environmental innovation in the future in growing Chinese market”, Mary Ma, Director of Stakeholder Relations for UPM Specialty Papers, told journalists.

“UPM has been working on bringing sustainable products to the market in its 20 years of development in China. The CIIE platform will be a good showcase for our innovative and sustainable development concept and our Biofore Concept Car.” 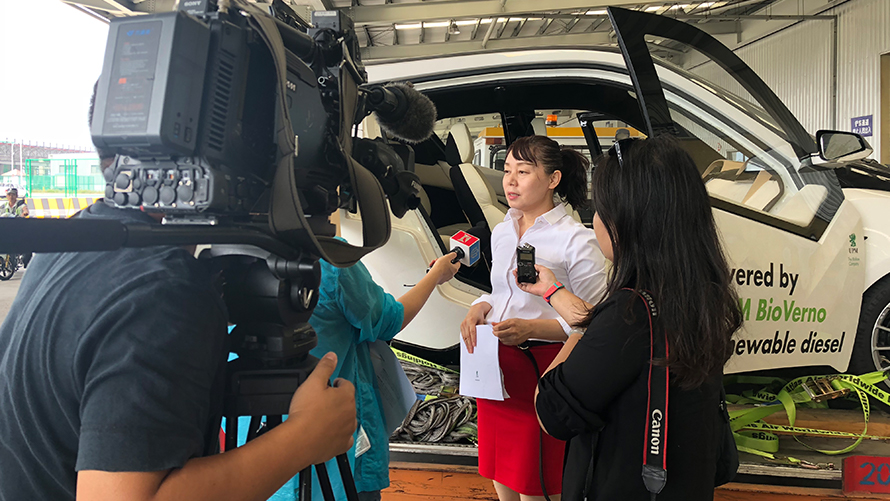 Over 130 countries and regions will participate in the 1st China International Import Expo, which runs from 5 to 11 November. The Expo holds special significance as it comes on the tail end of UPM’s 20th anniversary in China. Over the past two decades, the company has invested over two billion US dollars in China as part of its growth strategy. Its participation in the CIIE signals UPM continued commitment to supporting sustainable development. CEO and President of UPM, Jussi Pesonen, will also be visiting the expo.

Biofore Concept Car in a nutshell

The car was constructed using UPM Formi™ biocomposites and UPM Grada™ thermoformable plywood material to replace parts traditionally made from plastics. Self-adhesive labels from UPM Raflatac, made through a solvent-free process, were used in the interior design and spare parts. The car runs on UPM BioVerno, a wood-based renewable diesel that emits up to 80% less greenhouse gas emissions than fossil fuels.

The Biofore Concept Car has visited many events within two years: 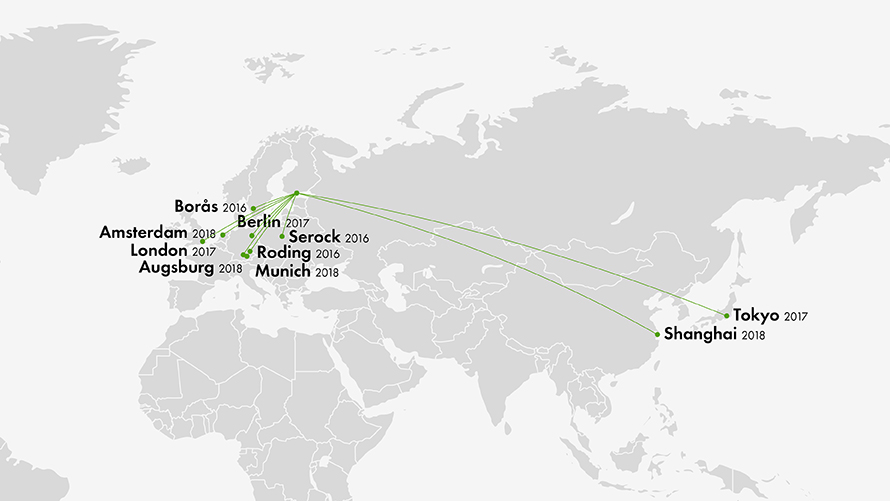