Teamwork is essential in top-quality science

UPM’s Biomedicals department fosters collaboration between corporations and universities in the field of biomedical innovation. A joint cancer research project by UPM and FIMM is a good example of cooperation that benefits patients, companies and the whole society.

UPM´s Biomedicals department spearheads UPM’s involvement in the field of medicine. Some three years ago, an interdisciplinary project between UPM and the University of Helsinki launched GrowDex®, a cellulose-based hydrogel. It is a fairly new product but it has already been granted an award for innovation in the chemical industry two years ago. GrowDex is the first medical product launched by UPM’s Biomedicals department. Today, it is used by researchers around the world. But what is it used for?

Cancer research in a joint project

The Institute for Molecular Medicine Finland (FIMM) uses GrowDex as a cell culture matrix in cancer research. A joint project by UPM and FIMM combines bioeconomy and personalised medicine.

“We are conducting cancer research. We receive cancer cell specimens from a neighbouring clinic and we culture these cancer cells under different conditions such as in GrowDex gel, for medicine testing, among other uses. We are also interested in the mutation of cancer cells”, explains Vilja Pietiäinen, who works as a senior researcher at FIMM.

In recent years, personalised medicine has become a much-discussed topic, as it aims to advance health and treat diseases at the individual patient level. The researchers at FIMM are also trying to understand how cancer begins, what is the precise point of origin of a patient’s cancer, and how the cancer cells in this patient react to different medicines. “Each cancer is different and so is each patient”, explains Pietiäinen.

“That is why personalised medicine is becoming so big around the world”, adds Lauri Paasonen, UPM’s product expert and researcher, who is collaborating with Pietiäinen at the Biomedicum centre in Meilahti, Helsinki. 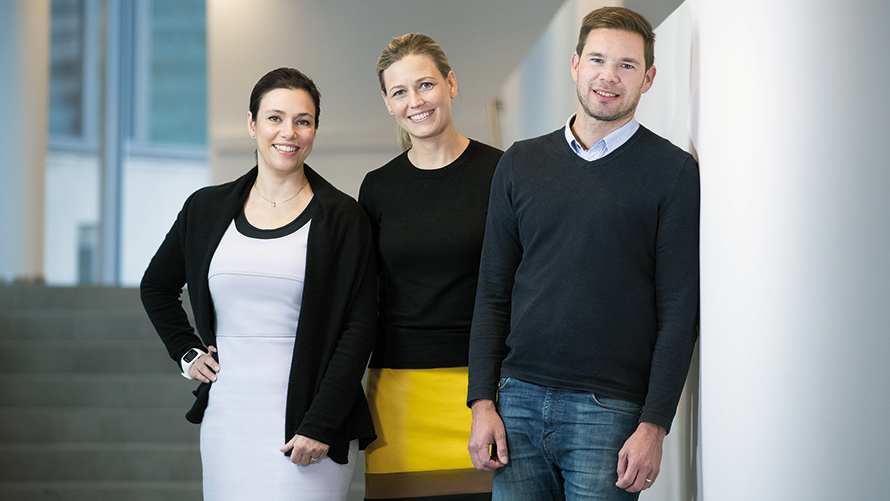 The joint cancer research project between UPM and FIMM began when UPM established a new innovation department in the Biomedicum research and education centre in 2016. FIMM had been working in these facilities even before then.

“Our researchers were familiar with GrowDex and we had been keen to follow its development from early on. When our own projects had evolved to a certain stage in which cell culture in three-dimensional models was becoming extremely interesting, it was the right time to begin this collaboration”, says Vilja Pietiäinen.

The research is still in the early stages, but some discoveries have already been made. For example, individual cancer cells isolated from patients are able to grow in the gel and form three-dimensional spheroid structures, i.e. nodular clusters.

The next step for the research team is to find out how well the cells cultured in GrowDex gel represent the original cancer tumour. Finally, tests are performed to find out which medicine kills the cancer cells.

Vilja Pietiäinen notes that UPM’s Biomedicals team was ahead of its time: both personalised medicine and 3D cell culture have now become extremely relevant.

“Major pharmaceutical companies are currently very interested in 3D medicine testing. Clearly, they have been waiting for someone to perform academic research in the field and develop new methods. UPM entered the field with perfect timing as interest is clearly increasing”, says Pietiäinen.

The time is ripe for an industrial-scale recycled fertiliser