After 200 years of extensive farming, the river basin ecosystem in Jaguariúna, São Paulo, was in danger. The riparian forest around the Jaguari River was devastated and the river flowed dirty. To restore the forest and revive the river, UPM Raflatac Brazil partners on a two-year reforestation project together with the municipality and six different organisations.

Jaguariúna, a small municipality in the state of São Paulo, is in the Atlantic Forest area. Home to one in every 20 vertebrate species on the planet and some 20,000 different species of plants, the Atlantic Forest is one of the most important forests on Earth. Unfortunately, it is one of Brazil’s most environmentally threatened biomes. The area around Jaguariúna has also suffered.

“For more than 200 years, Jaguariúna has been an area of farming. Unfortunately, because of lack of knowledge, the farmers have ended up devastating the riparian forest around the Jaguari River,” says Mauricio Médici, General Manager, UPM Raflatac Brazil.

To recover the springs and the forests of the area, the city started the Jaguariúna Basins Programme by creating partnerships with companies located there. UPM Raflatac Brazil wanted to join the programme’s reforestation project, as its headquarters is in Jaguariúna and it operates a terminal in the city.

“The main objectives of this project are to restore this forest, revive the Jaguari River, and improve the environmental condition of our city,” Mauricio explains.

The reforestation project was started in September 2016 and it will continue until September 2018. The project is creating a riparian buffer zone along the river that supplies 95 percent of the water supply to the nearby city. The buffer helps to improve water quality by preventing pollutants from reaching the river or stream.

To make the river clean again, the partners have planted 2,000 seedlings of native trees on the area, constructed fences along the recovered area, and continued maintenance. 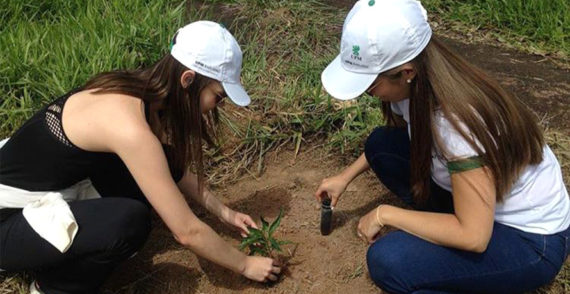 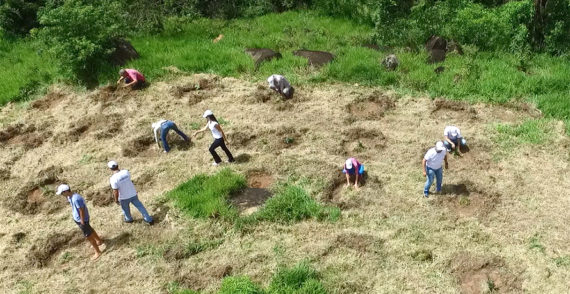 Partners at work on planting day.

Before planting the trees, the area was cleaned, the soil was prepared, the base was fertilized and ant controls were done to prevent ant attacks on the plants. Due to soil conditions, 400 seedlings had to be replanted. After the replanting, everything has gone well and maintenance has continued in the form of ant controls, fertilizing, cleaning of the area and technical reports. 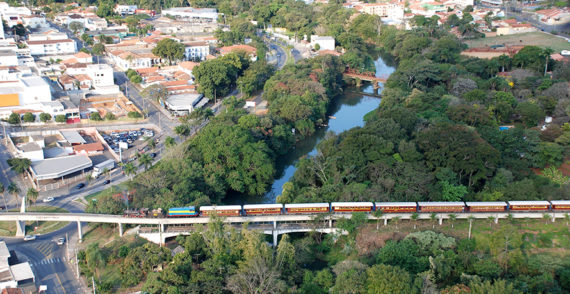 Jaguari River supplies 95 percent of the water supply to the nearby city.

A joint effort between many operators

The reforestation project has brought together many organisations. One of them, EMBRAPA, is a nationwide government agency taking care of the environment in Brazil.

“This project with UPM Raflatac is very interesting, as it involves planting 2,000 seedlings. This is important both for restoring the forest and for community involvement. It also creates an environmental conscience,” says Maria Lúcia Zuccari, a Researcher from EMBRAPA. 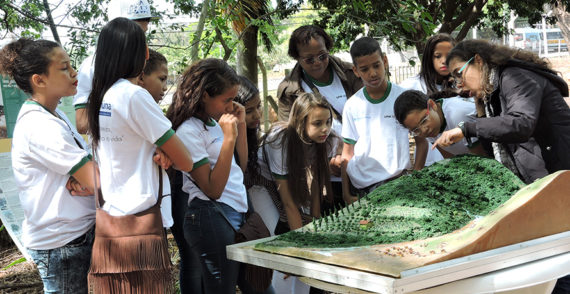 The Jaguariúna Basins Programme has created, developed and implemented a model for the conservation and recovery of springs which can be replicated in other municipalities and other locations. UPM Raflatac strengthens the programme by performing actions that address the issue of water regulation. One such action is reforestation.

According to Rafaela Rossi, Director of the Department of Agriculture and the Environment at Jaguariúna City Hall, these kinds of partnerships are very important.

“The Jaguariúna basin would not exist without them. Everyone has come together for a common good: the civil society, organisations, the City Hall, and UPM Raflatac.”

Read more about the reforestation project at Jaguari River

The reforestation project of the Jaguari River is a part of UPM’s “Biofore Share and Care” programme. The programme focuses on projects that are relevant to both UPM’s business and responsibility goals. The focus areas are: Reading & Learning, Engaging with communities, Responsible water use and Boosting bioinnovations.