A global move towards the circular economy

Population growth and increasing consumption are putting strain on the ecological sustainability of the Earth, as natural resources are dwindling and climate change continues its deadly march. Overcoming this sustainability crisis will require a fundamental change in direction. A paradigm shift is the only way to maintain economic prosperity and societal stability for generations to come. So believes Joss Blériot, Executive Officer of the Ellen MacArthur Foundation, one of the most widely known proponents of the circular economy. 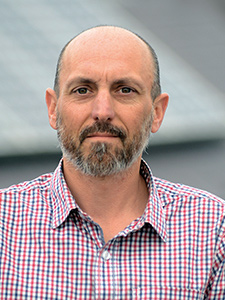 “Currently we create value by consuming finite resources. We have to find ways to resolve the situation,” Blériot affirms. The Ellen MacArthur Foundation is an independent foundation that strives to accelerate the transition to the new economic model through means such as education, research and corporate cooperation.

The Foundation has successfully kept the circular economy in the spotlight at events such as the World Economic Forum (WEF) Meetings held in Davos, Switzerland. “Over the past five years, the discussion has expanded into all forums, which is a very positive development,” Blériot notes.

According to Blériot, the linear economic model that emerged from the industrial revolution 150 years ago is being increasingly challenged. He uses this term to refer to unidirectional production processes based on the extraction of raw materials, production, consumption and the eventual disposal of the product.

“We need to replace the old economic model with a new one that separates growth from the consumption of natural resources. We can achieve this by utilizing raw materials more efficiently, recycling materials and replacing non-renewable resources with renewable ones,” Blériot states.

No waste is generated in a 100% circular economy, as surpluses and side streams from production processes can be cascaded and used as raw materials by other operators in the cycle. According to Blériot, ensuring that the product can be reused or its materials recycled in a cost-efficient way is a goal that companies will need to factor in from the initial product design phase onward.

Biomass is loaded with potential

Blériot believes that future developments will lead to biomass and bio-based materials becoming an essential part of the circular economy and new circular innovations.

“Finland is a frontrunner in this field, and the nation has a solid bioeconomy strategy. It is interesting to see what kinds of new materials and products will be developed using bio-based raw materials. Products such as biochemicals and compounds generated in biorefineries are great examples of this development. Replacing non-renewable energy sources with renewable ones is another integral goal of the circular economy.”

This trend is being accelerated by rapid technological development; for instance, new technology is already allowing solar power to be adopted at a much faster rate than before.

Blériot emphasises that the circular economy accelerates economic growth, as companies become more competitive and produce a growing range of innovations. Consumers will not be required to lower their standard of living, either.

However, Blériot does anticipate major changes in consumer habits. He mentions transport as a positive example of this development and believes that new concepts for ‘mobility as a service’ will lead to a significant decline in the need to own private vehicles. One example is a mobile phone application that can be used to select the most suitable means of transport for each individual journey, seamlessly combining transport services in a single package.

“A car is an expensive investment that spends over 90% of the day standing still. If there are easy-to-use alternatives available at competitive prices, people will have less interest in owning personal vehicles.”

Blériot adds that it is essential to view the various parts of the circular economy as a whole instead of focusing on the individual elements. He believes that this is the only way to identify every possibility.

“Business models based on the circular economy require new kinds of partnerships to be formed between companies.” Blériot believes that the new economic model will redefine competitive standings in many industries. The companies and countries that are the first to change their ways will enjoy the strongest start. Substantial sums of money can be saved by using raw materials and energy more efficiently.

Early days for the major shift

The circular economy is a hot topic on the global agenda, but Blériot is reluctant to estimate how long it will take for the ideas being discussed to be put into practice on a larger scale.

“It’s still early days for the major shift. However, a lot of positive development is already visible under the surface. No companies have become fully circular in their operations just yet, but many have begun changing their course in the right direction.”

Blériot believes that governments will also play an important role in promoting the circular economy. He has noted that there is widespread support for more efficient use of resources in countries all around the world. However, progress is sometimes delayed by outdated legislation and various administrative barriers forming a roadblock for business and innovations related to the reuse of waste and by-products.

Around we go – the shape of future waste management is circular