UPM's wood-based UPM BioVerno biofuel has been proven to reduce carbon dioxide and particle emissions in both urban and maritime transport.

"Traffic is the main source of emissions in cities affecting air quality. During rush hours, particle concentration can be up to a hundred times higher than during quieter hours," says professor Annele Virtanen, of the University of Eastern Finland.

A research team led by Virtanen is studying the formation of emissions as a result of human activity and in nature, and their impact on the climate and air quality in cities. This work is part of a larger international research project related to aerosols.

Virtanen says that particulate matter undoubtedly has an effect on human health. For example, people suffering from asthma tend to experience symptoms but poor air quality also affects people who are basically healthy.

Reducing the amount of traffic through urban planning is the most important factor affecting air quality, but fuels and different technologies also play a role in the development.

"For example, the particle emissions of modern biofuels are lower than those of fossil diesel fuels. We can have a significant impact on emissions through the use of post-processing such as selective catalytic reduction (SCR) catalysts and diesel particulate filters," Virtanen points out.

"According to the test results, using UPM BioVerno in the current bus fleet instead of fossil diesel would significantly reduce emissions resulting from public transport. By using Finnish wood-based fuel, we could quickly improve air quality in the Helsinki region," says Sari Mannonen, Head of UPM Biofuels. 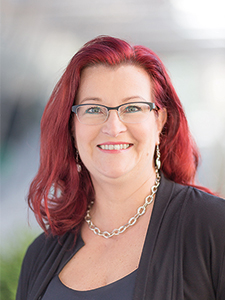 In laboratory testing, the tailpipe emissions of UPM BioVerno diesel, such as nitrogen oxides and particulate matter, were significantly lower than those of the commercial grade fossil diesel. The tests were carried out on Euro III class buses that are still frequently used in Finland.

In the traffic tests that lasted a year, the buses drove a total of approximately 400,000 kilometres. UPM BioVerno worked just like the best diesel fuels.

In Euro VI class buses, the diesel particulate filter (DPF) and selective catalytic reduction (SCR) catalyst reduce emissions to close to zero, so there were no significant differences between the fuels in tailpipe emissions. However, in a Euro VI engine, the fuel has an indirect effect on emissions. A high-quality fuel, such as UPM BioVerno, ensures that the exhaust cleaning systems operate effectively even after driving significant mileage.

The bus field tests were part of a larger BioPilot project coordinated by VTT Technical Research Centre of Finland Ltd. The goal of this project was to encourage companies to commercialise renewable energy solutions in traffic.

Biofuels as an alternative

Maritime transport is looking for new ways to reduce carbon dioxide and sulphur emissions. Since the start of 2015, due to the EU directive, ships in the Baltic Sea have to use a fuel with a sulphur content of 0.1%, use LNG or be equipped with a sulphur dioxide scrubber.

Legislation is also being tightened globally. In the beginning of 2017, the Marine Environment Protection Committee of the International Maritime Organization (IMO) agreed that the sulphur content limit of ships' fuel will be lowered to 0.5% starting from 2020 in all maritime transport. "Sulphur dioxide scrubbers are one possible way to reduce emissions but the investments required are costly. Increasing the use of biofuels in ships is a cost-effective alternative. Wood-based UPM BioVerno has been tested successfully in the diesel engine of a dredger for example," says Mannonen.

"Biofuels offer ship operators a way to reduce ships' carbon dioxide emissions by 80-90% and eliminate sulphur emissions. UPM BioVerno is a sustainable and competitive product that can be used in ships' engines without extra investments," confirms Mannonen.

According to current forecasts, marine biofuels could make up 5-10% of the marine fuel mix by 2030.

Suitable for all diesel engines