UPM Raflatac works with WWF Poland in the Rivers for Life project to improve the well-being of the country’s rivers and to raise awareness on the significance of the rivers to Poland’s nature. The collaboration has manifested itself in many ways: scientific research, restorative construction work and publishing. A mobile game is currently being developed too. UPM Raflatac’s Wrocław and Nowa Wieś label stock factories are located in the Oder River Valley in Poland.

The rivers that run through Poland are some of the best preserved, close-to-natural rivers in Europe. The best known are Biebrza, Vistula and Oder. The well-being of the rivers is threatened by dams that restrict the movement of migratory fish species, the regulation of river beds, construction projects too close to the river banks and the natural floodplains, littering and pollution.

”A study of the hydromorphological state of rivers, conducted by WWF with UPM Raflatac’s support, indicates that only 20% of small rivers are in a very good or good state, while more than 60% of rivers are in a bad or very bad state. In addition to the negative impacts of regulations, dam building and so called river maintenance works (especially dredging), water pollution is the second major problem of Polish rivers. A lot of effort is necessary to prevent the unjustified alteration of river beds and valleys and to restore their vital functions as water ecosystems”, says Piotr Nieznański, Conservation Director, WWF Poland.

A significant part of the problem is a lack of information. The thoughtless alteration of small rivers as a method to prevent flooding is actually conversely causing an increase of water runoff from rural areas. This in turn leads to increase in the amount of flood water flowing into large rivers and ultimately to increased flood risk in urban areas. Poland also has dams being built which are not fit for purpose in terms of flood prevention, some funded by the European Union. On top of that, these constructions are destructive to populations of migratory salmon and other animal and plant species living in and along the rivers.

“It is extremely unfortunate that the society in general is unaware of the magnitude of this issue. People seem to be less interested in environmental matters than for example economic matters. Yet, if asked, they are generally supportive for nature conservation”, says Piotr Nieznański.

Many small streams turn into a strong current of collaboration

The collaboration between UPM Raflatac and WWF Poland started with UPM Raflatac’s Poland Sales Director Przemysław Różycki. Różycki had donated money to a WWF Poland project that supported the revitalizing of the country’s wolf population, approached WWF and asked them to come up with a suggestion for a cooperation project for UPM Raflatac. In 2012 UPM Raflatac committed to two years and continued the cooperation by another two years in 2014. In early 2016 the cooperation was extended till 2018. 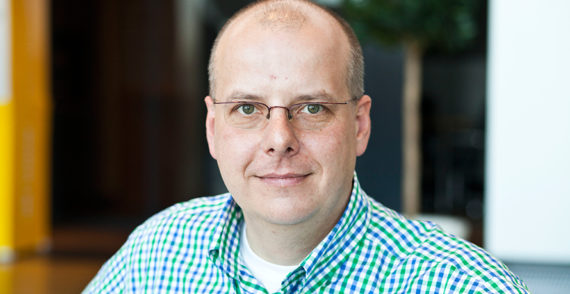 During the first year UPM Raflatac’s support helped WWF study the hydromorphology of the Oder River. Brochures and a book on the preservation of the rivers were produced together. In addition, some of the dams on the Oder River were adapted to allow migratory fish to pass. UPM Raflatac’s continued support has enabled WWF to conduct a wider study of the hydromorphology of the Polish rivers. The information gathered is crucial in influencing the policy-makers in Poland and in Europe. Right now UPM Raflatac and WWF Poland are working on a wall calendar that displays the unique natural value of the Polish river nature and an engaging fun mobile game in which the player guides a clever migrating salmon through many obstacles in the river. 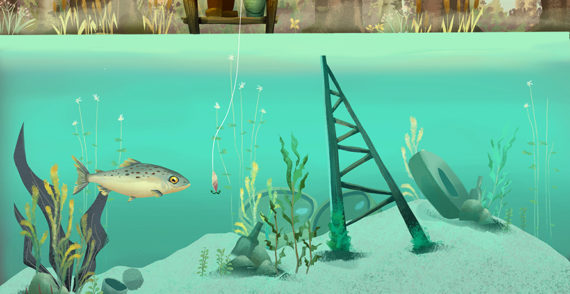 The mobile game now being developed will be available in English and will attract players from all over the world.

UPM Raflatac and WWF Poland actively campaign for the rivers’ well-being on social media and UPM Raflatac has presented the Rivers for Life project to many of their customers in Poland. Engaging employees has been a part of the project from the very beginning. WWF has participated in factory environment days and a WWF representative also sits on UPM Raflatac’s responsible sourcing Label Life Awards jury. UPM Raflatac has also organized a field trip to Finland for Polish experts to study dams that allow fish to pass. 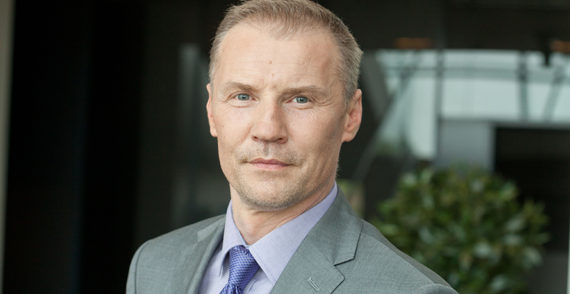 “We would like to inspire our employees and customers to join the project activities. If we think about our long term development we must also consider our environmental impact. The business sector has a huge opportunity to take a stronger role, lead by example and be more responsible. In the Wrocław factory we have significantly reduced CO2 emissions, water consumption and landfill waste. Moreover 100% of the energy used in our factory is from renewable resources”, says Krzysztof Minta, General Manager, Wrocław factory, UPM Raflatac.

Engaging the local community is a prerequisite for lasting success

For the Rivers for Life project to succeed local communities need to be actively engaged in making the change, and making it last. The project is looking to establish a network of volunteers to protect the rivers, much in the same way as the WWF Blue Patrol network protecting the shores of the Baltic Sea in Poland. In the Blue Patrol a group of volunteers has taken responsibility of patrolling the seaside and making note of any environmental trouble on the shoreline.

”The Guardians of Rivers will include people that live close by the rivers who can monitor the river banks on their regular walks. The volunteers will be trained to spot possible issues. If they encounter issues, such as littering, they will find the way to solve this problem supported by WWF’s local leader. They can engage the local citizens and organizations to organize "cleaning the river". We believe that UPM Raflatac customers and employees will join this program”, says Przemysław Różycki, Sales Director, UPM Raflatac, Poland.

“UPM Raflatac’s cooperation with WWF Poland is a great example of a concrete partnership that supports UPM’s Biofore strategy and its Biofore Share and Care programme. Together we can deliver support and solutions in our key focus areas of water, learning and community engagement. Sustainability is about the future and the long term and our commitment since 2012 has only grown stronger. We look forward to many more years of cooperation for the benefit of rivers, their wildlife and the people who live near them", says Robert Taylor, Sustainability Director, UPM Raflatac. 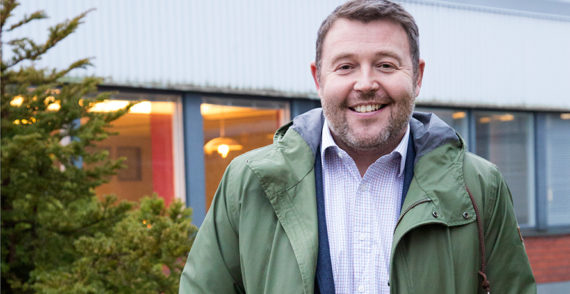 The cooperation continues in 2014

The future of food labels

Thinner labels are a step towards the future