Mill investment gave a chance to teach and learn

New technology and automation bring about novel safety solutions to the production lines of UPM, but they don’t diminish the well-known safety principles of the company. Working at the expanding Otepää plywood mill in Estonia demands constant vigilance on the new production lines as well as the 15-year-old ones.

This is a familiar fact to Svetlana Liiv, who has been working on the new production lines of the plywood mill due to the Otepää investment project (OIP), which will now almost double the production capacity of the mill.

Svetlana is a graduated professional in the field of plywood production. She started her career about 15 years ago when the Otepää mill was founded. In general, Svetlana works in the forward end of the plywood process, mainly dealing with veneer drying and sorting. When the Otepää investment project started, she learned how to use the new dryer, the veneer sorting line and the scarf-jointing line. Svetlana actively participates in developing the safety standards and she represents the employees in the safety council of the company. 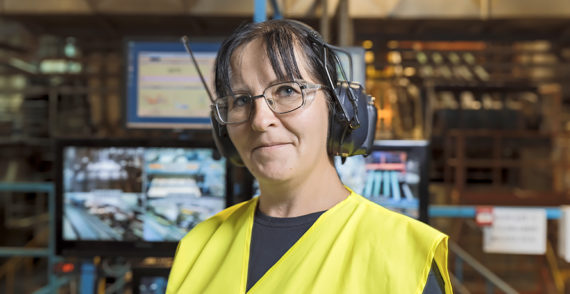 “To us employees, the OIP brought about the great challenge of learning how to use the new equipment. Our new production lines are fully automated, which makes working easier and faster. But in order for us to achieve the best possible results, the machinery has to run without interruption,” Svetlana says.

At Otepää mill, the operations are based on job rotation, so the employees have several working places. The same logic applies to every UPM plywood mill. This demands a complete mastery of several tasks from the employees. 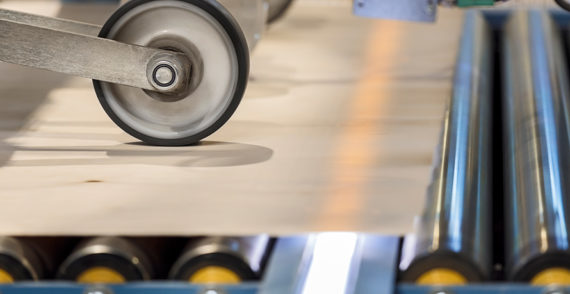 When the expanded mill starts operating full speed, its production capacity will almost double. That’s why 40 new employees were recruited early on. The idea was to form working groups that include experienced employees as well as newcomers for the old and the new lines of the mill. Svetlana got to share her know-how with the newbies, since they learned their new tasks mainly on-the-job, tutored by the more experienced employees. But Svetlana also had a chance to study and pick up new skills.

The Otepää project training consisted of theoretical education provided by the equipment suppliers and practical training on the production lines. According to Svetlana the learning well, although at times there were some minor problems because of the language barrier. In classroom situations the teaching was interpreted mostly from English to Estonian, but there were no interpreters available in the work places. The project managers provided support with the hands-on training.

“Luckily my colleague speaks Finnish, and we do understand it a little bit anyway,” says Svetlana, referring to the linguistic similarities of Finnish and Estonian.

The mill is run in four shifts, and this made the timetables of the trainings a little challenging at times. The trainings took place in the daytime, and after that, the employees continued their shifts. All in all, everything has gone according to plan – both the learning and the whole project. On November 11, UPM Otepää Plywood Mill celebrates the expansion and the opening of the new bio plant.

Main picture: Svetlana Liiv knows the safety principles of UPM inside and out. They are also written on the back of her uniform: ”Safety first”, ”Safety starts with me”, and ”We can prevent all accidents”.

Putting a roof on carbon through wood construction