Throughout the world marketplaces are lively meeting places where local culture and people present themselves in a genuine manner offering commerce, refreshment and experiences for locals and tourists alike.

The summer of 2016 was a period of rejuvenation for the Helsinki Market Square, the most popular marketplace in Finland today, drawn into the city plan of Helsinki in 1812. Some of the familiar orange tents at the square were replaced by prototypes for new market stalls, designed and built by Aalto University students in the second phase of the Kauppatori 2017 design competition. The idea of the competition was to find a new, functional stall for the square. One that would take better advantage of the square’s charming urban environment and the impressive vistas to the Baltic Sea. The winning stall should also represent the simple beauty of Finnish design. 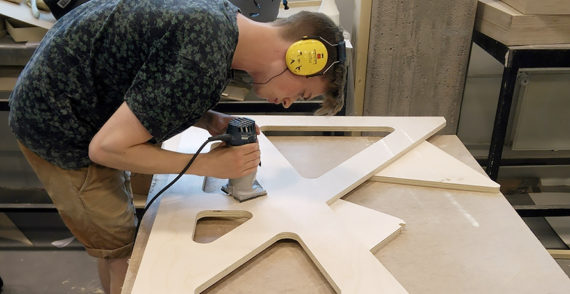 Judges, vendors and guests alike found their favorite to be the Salut stall, designed and created by four Aalto University students. UPM sponsored the project at the request of the students by providing the necessary plywood building material for the prototypes. The sturdy wood-surfaced design consists mainly of plywood and canvas material suitable for the versatile weather conditions at the Market Square.

“Salut aims to rejuvenate the market square by combining old and new traditions. The form of the new stalls is modern, yet reminiscent of the existing market tents. The plywood and fabric construction is designed bearing in mind easy assembly and transportation,” describes the winning team. 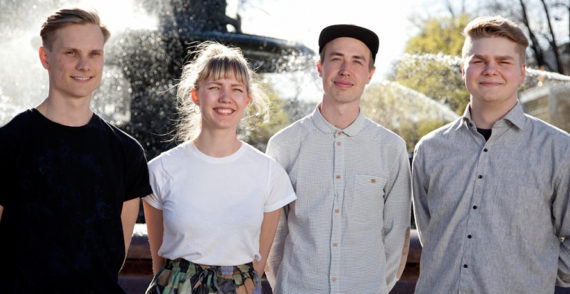 A total of sixteen designs were handed in and four were chosen to advance into the prototype phase. During the summer the four stalls were tested in practice. At the end of the summer both judges and marketplace guests favoured Salut, designed and built by Joona Heikkilä, Ella Kaira, Lauri Klemola and Benjamin Åkerblom. The stall was praised for both its practicality and looks.

”The winning stall has been described as original, yet connected to local tradition; it provided a great backdrop for the wares of the different vendors; the materials used were surprisingly light and beautiful; and finally, the team showed a willingness to improve their design and learn through the process,” described the jury in the award ceremony.

The Market Square in Helsinki is at its best on a hot summer day, an ice cream in one hand and a box of fresh strawberries in the other. However, it offers a chance for interesting shopping and a relaxing cup of coffee all through the colder months of the year. Do remember to drop by!

The Kauppatori 2017 competition was hosted together with Aalto University by the Visit Finland organisation, Gourage Ventures and Tukkutori and as an individual power influencer the former U.S. ambassador to Finland Bruce Oreck. The new stalls will hopefully be in full use at the Market Square in the summer of 2017 as Finland celebrates its 100 years of independence.

Visit the Facebook page of the Market Square project

More is more with the Biofore Concept Car