Safeguarding biodiversity has been an integral part of UPM's sustainable forestry strategy for 20 years. Since the 1990s, the company has complied with a forest biodiversity programme that has been applied both in Finland and abroad. Modern forestry has not sacrificed the efficiency of wood production, but biodiversity, the protection of waters, the climate issue and multiple-use forestry have become more important.

“Our principle is to take biodiversity into account as a part of sustainable forestry. Although we are primarily a commercial operator in forest use, we also want to be able to discuss matters using other than financial arguments,” explains Timo Lehesvirta, Environmental Director, Forest, at UPM.

A large number of specialists from ecologists and biologists to foresters has participated in developing the UPM forest biodiversity programme. According to Lehesvirta, the programme is not merely a protection programme. “Above all, the purpose is to develop our operations in collaboration with society and other operators. Large changes cannot be implemented alone.” 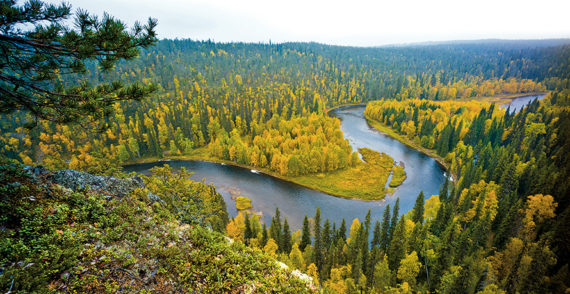 As part of the biodiversity programme, UPM regularly carries out projects focusing on individual species or habitats. Petteri Vihervaara, Senior Research Scientist from the Finnish Environment Institute (SYKE) has been involved in research projects related to the programme.

“Our most recent project had to do with calculating the effects that the production of one tonne of pulp has on various ecosystem services or benefits people obtain from the environment. A diverse group of experts participated in the work,” Vihervaara says.

In previous years, Vihervaara has for instance radio-tagged bats at UPM forest estates in Janakkala, Finland. Attaching radio transmitters to the backs of Brandt's bats provided information about the feeding areas, hiding places and routes used by the bats. The information gathered during the project was used to create a set of recommendations for taking bat habitats into account in the management of commercial forests.

Ecosystem services are often mentioned in discussions related to biodiversity. The term refers to tangible or intangible benefits that people can obtain from the environment. The benefits have been assigned a value using financial or other indicators. Ecosystem services cover services such as regulating services, including the purification of water and air, provisioning services, such as the provision of wood and berries, and cultural services, such as the recreational use of forests.

“Ecosystem services make it possible to discuss the benefits people obtain from the environment using concepts that are recognised in public decision-making. In this discussion, financial value is just one value among others,” explains Vihervaara. 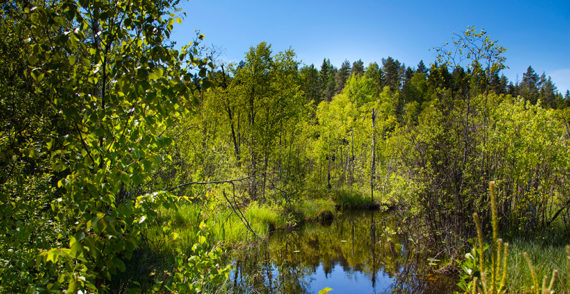 As part of the forest biodiversity programme, UPM also participates in traditional conservation activities. To date, the single most important activity has been the decision to donate 560 hectares of land to the Finnish state in 2001 to enable the establishment of Repovesi National Park. The national park is located in Valkeala, Kouvola. An adjoining 1,400 hectare area of UPM land called the Aarnikotkan Metsä (Griffin Forest) was also conserved. The nature reserve is the largest private conservation area in Finland.

UPM is also one of the supporters of the WWF Heritage Forest programme that supplements the Forest Biodiversity Programme METSO receiving funding from the state. UPM has established 14 Heritage Forest areas on its land. In collaboration with WWF, UPM has created a guide for protecting the white-backed woodpecker. The guide is targeted at forestry operators.

Tens of thousands of key biotopes, such as brooks, springs and herb-rich forest areas, have been protected in UPM forests.

Privately owned forests in a key role regarding biodiversity loss

“The significance of climate change is already understood fairly well in public discussions. People are aware of the risks, and measures are being taken to reduce them. However, biodiversity loss globally poses a risk that is at least as significant as climate change,” says Liisa Rohweder, Secretary General of WWF Finland. “People will not understand this before major population collapses take place, as in the case of bees, but at that point it may be too late.”

In Southern Finland, 98% of all forests are in commercial use and it is not likely that this situation will see major changes in the future. “The work performed in commercial forests is very important, and it is a good thing that UPM has adopted a programme for promoting biodiversity in forests,” says Timo Tanninen, Director General of the Ministry of the Environment and Head of the Department of the Natural Environment.

Finland is committed to the EU target of stopping global biodiversity loss by 2020. According to Tanninen, establishing preservation areas plays an important role in achieving this target, but other approaches are also needed. “Particularly in Southern Finland, the nature reserve network alone will never be enough. Individual forest owners and industrial operators that purchase wood are therefore in an important position.”

Tanninen points out that Finnish forestry has always been based on sustainability, regardless of whether the indicators used have been ecological, financial or social. The focus areas have, however, varied. In previous decades, the primary interest was in wood production and financial indicators. “Now the versatile use of forests has become more important. Today's forest owners also emphasise other values, such as recreational use and the protection of nature.”

Forests are changing along with the climate

High-quality species knowledge is the key to effective species preservation

Using timber products is good for the climate