UPM's predecessor companies Aktiebolaget Walkiakoski and Kymmene Ab were listed a hundred years ago on the Helsinki Stock Exchange. The listing in 1915 is a significant example of Finnish industrialisation and economic growth.

At that time, in August-September 1915, the First World War was under way and Finland was still part of Russia. The listing also tells forest industry companies' desire to grow quickly and to get additional funding for investments to increase production volumes. The war had created a boom for the Finnish industry, which exported their products mainly to Russia.

Helsinki Stock Exchange was closed at the beginning of the war in 1914 but was re-opened in the autumn of 1915. Exchange rose exponentially and prices rose. There was a great interest towards the industry, and more and more the major companies listed on the stock exchange. Although the war had cut exports to the West, the industry prospered and, for example, the demand for paper in Russia experienced a rapid growth. On the other hand sawmill industry suffered from the war.

Interest in the company in transformation has continued. UPM's share is one of the most traded shares in the Helsinki Stock Exchange. It has a wide, 67 percent foreign ownership, while it has maintained a strong domestic private ownership. UPM has approximately 86,000 shareholders in Finland.

“Investors are always interested in how the company is creating value now and in the future. We create sustainable solutions and many of them replace non-renewable materials. We focus on growing and renewing our businesses and developing new products. The most recent example is renewable wood-based diesel launched in May”, says Mika Mikkola, Vice President, Investor Relations. 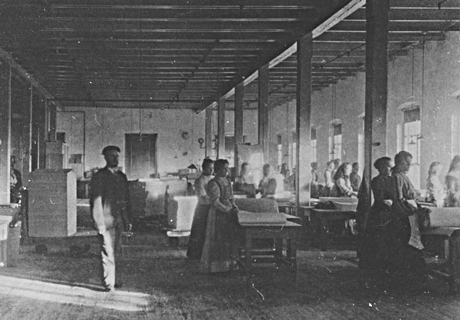 Workers in the pulp packaging hall in Valkeakoski.

Packing a punch for sustainability