Responsibility is a continuous focus in supply chains

With over 50 production facilities in a dozen countries, UPM aims to implement the same basic principles of sustainable sourcing everywhere. In a global supply chain, perfection is an impossible goal, so the company works in partnership with its suppliers to improve operations.

At the core of sustainable sourcing is compliance with decrees and regulations. As a part of procurement contracts, suppliers must ensure that issues such as human rights, work and product safety and all things related to the environment, corruption and bribery are dealt with as expected by UPM.

Just a contract, or a Supplier and Third Party Code signed alongside it, doesn’t necessarily guarantee that all the provisions specified in the contract take place in practice. In addition to the contract, a risk assessment is conducted, examining the level of democracy and human rights in the country of the supplier, possible safety risks related to the manufacturing process and the extent and operations of the supplier’s supply chain. 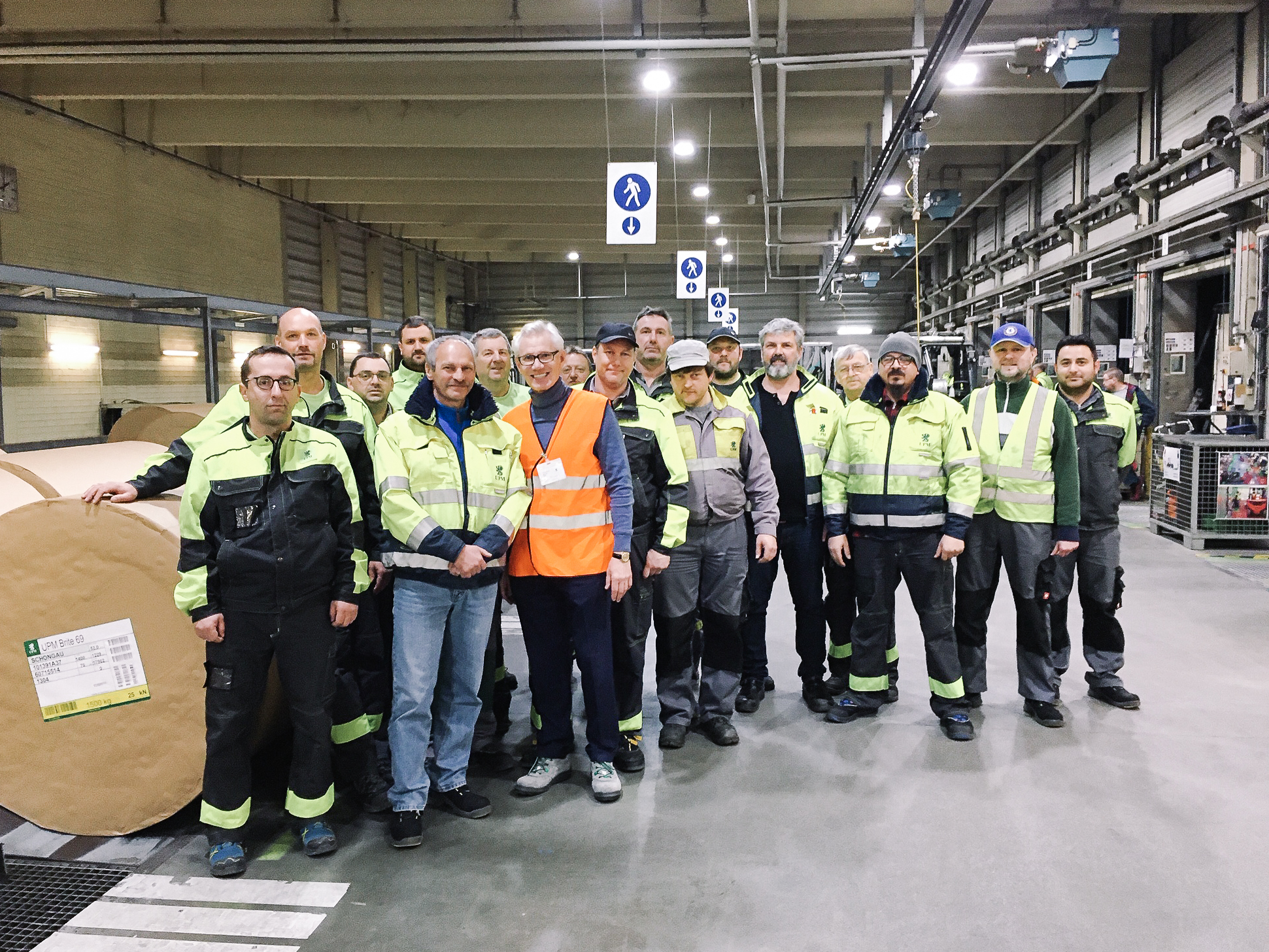 A survey found out the working conditions in road transportation

UPM oversees and audits its suppliers regularly to make sure that they adhere to the agreed-upon norms. An example of this process is a survey in UPM Schongau, Germany regarding working conditions in road transportation. The survey was available in nine languages and was presented to all truck drivers arriving at the site over the course of a single day.

Vesa Mannola, VP, Logistics Distribution, Supply Chain, says that the aim of the survey was to paint a concrete picture of the drivers’ routine work process.

“For us, it’s really important that the workers in our logistics chain are content and do their work in good and safe conditions,” he says. “Of course, legislation partially takes care of that, but we wanted to go a step further and hear about it from the workers themselves.”

Mannola was pleased with the results. About two-thirds of drivers responded to the survey, which he deems a high response rate. Of those surveyed, 65 percent said they’re either satisfied or very satisfied with their working conditions.

Mannola points out that working hours aren’t really a concern for drivers despite the fact, that every fourth respondent sometimes report a working week longer than 49 hours. The most pressing concerns turned out to be road safety, long waiting times in loading and delivery and the crowdedness of lay-bys or motorway parking areas.

“In the end, it was mostly about simple basic things,” Mannola says. “Although the sample was just from one site and one day, it does provide us with some kind of an overview of the situation.”

Similar surveys were planned to be held in Rostock and Antwerpen in late 2020, but the plans were paused due to the coronavirus pandemic. According to Mannola, the surveys will be conducted when the situation improves. And, they have learned some things from the earlier survey they can implement in the future. 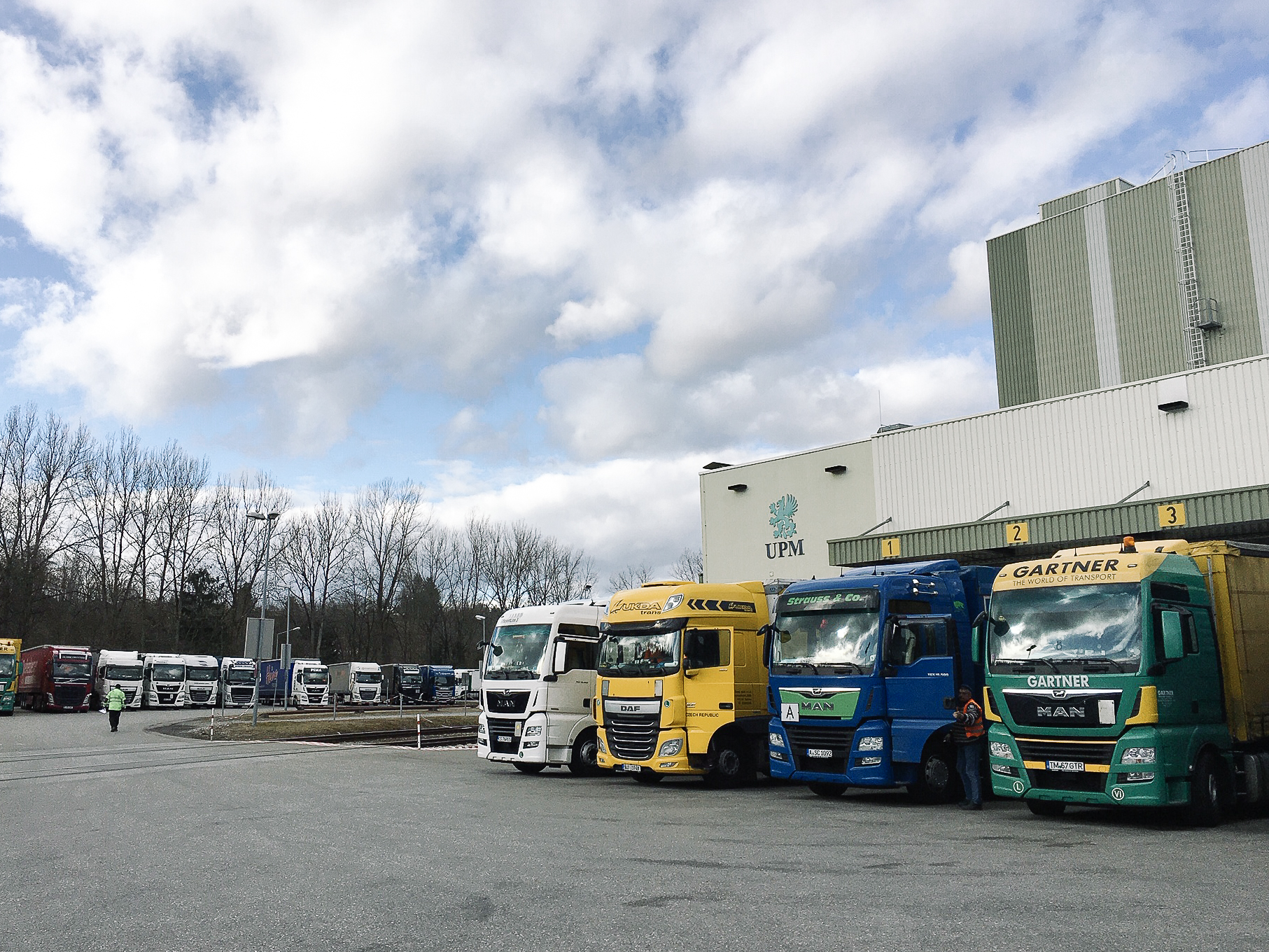 Guidance, support and training for suppliers

UPM also offers training and guidance to its suppliers. If a breach of contract on the part of a supplier is particularly blatant, the co-operation will be discontinued immediately, but in less serious cases, UPM works with the supplier to improve operations. In addition to a process of continuous improvement, quick reactions to shortcomings and abuses play a key role.

Each partner forms a part of a larger operation. If an individual player wants to succeed, it should take responsibility seriously; in doing so, new international business opportunities might open up.