Godparenting, wedding shoes and a piece of land – the company supported my grandparents in many ways

We have been celebrating the 100-year-old Finland during this fall by telling stories about the lives of past generations in Finland. When going over UPM’s history for the Finnish website (100+ vuotta mukana arjessa), I got to know incredibly interesting stories and the people behind them.

To my great surprise, I also found some documents about my own relatives in the archives. The concrete photos made me realise the important role UPM and its predecessors actually had in the lives of the mills’ workers and families in the past century. The company was in many ways a valuable supporter not only for the employees but for the whole local community.

My father and his family lived in the centre of the Myllykoski town in a clean and well-kept veteran house. My grandfather worked at the repair workshop of the paper mill, and my grandmother took care of the home and the three children. They built their house on a piece of land that the company sold to my grandfather after the war for the formal price of one Finnish mark.

The whole neighbourhood was built after the war on company-owned land. Resources were extremely scarce, and people could not buy materials like concrete, wood or steel at stores. This is where the company helped them. But actually, the mill had provided its employees with important support – financial and mental – long before this.

When my grandmother was only 11 years old, the life of her family changed irreversibly. The Winter War had lasted just ten days, as the dreadful news reached the family in Myllykoski: my grandmother’s father had died at the front. It was the first local casualty. United Paper Mills was the one to rescue the fatherless family with two children – as well as many other families struck by the war. The famous chief executive officer of United Paper Mills, Juuso Walden, and his wife Tellervo became so-called war godparents to my grandmother, and they supported her whole family in several ways. Tellervo coordinated the war godparenting activities of the company and she arranged a job for my great grandmother. As she became the hostess of the mill’s club house cafeteria, the future of the family was secured.

My grandmother grew, went to school and met my grandfather when she was under 18. When the couple got married in 1946, my grandmother wore shining white shoes she had borrowed from Tellervo Walden. Later on, Juuso had complained at the club house about not being invited to the wedding. An absurd invitation like that had never even crossed the minds of the newly-weds. They might as well have invited the king of Sweden!

In those days, the nation was strongly divided into “lords and workers”, but Juuso Walden, who was deeply respected by the working class, succeeded in equalising people at least on one front – sports. My grandparents were also active to compete in the popular track and field championships of the United Paper Mills.

My grandparents at the track and field championships of the United Paper Mills in 1946. They both won their own rounds, granny on the 60-metre dash and grandpa on 100 metres.

When the Myllykoski personnel magazine needed an occupational safety story for their health issue, they visited my grandparents’ house. In the safety story published in 1957, one can spot the working class idyll of those times: cleanliness, order and well-kept gardens. 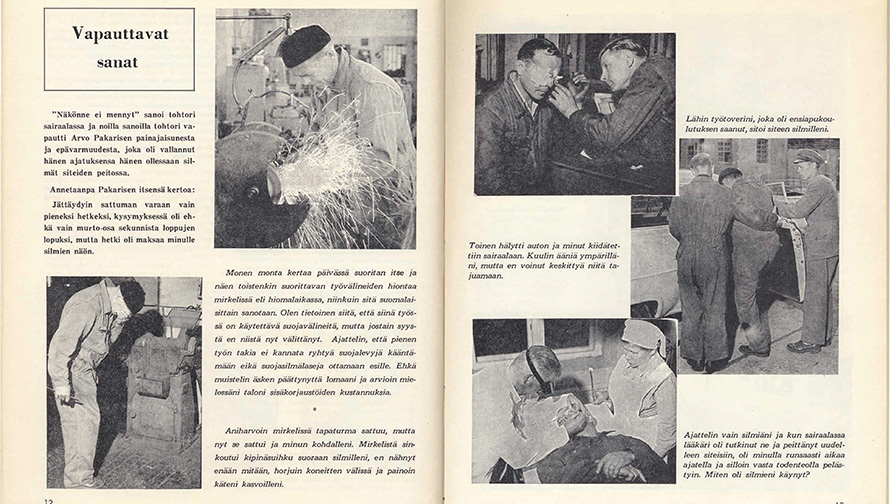 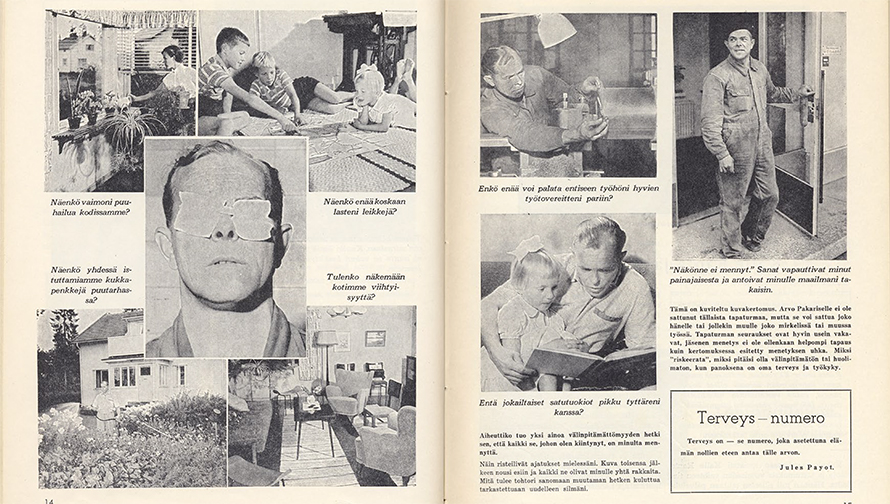 These delightful documents and treasures from the archive remind me of the company’s strong role as a local supporter. The photographs and stories also echo the precise attitude and the willingness to voluntary work that were intrinsic to the generation of the post-war reconstruction 60–70 years ago. They still serve as a very inspiring example to us and the future generations.

Safety as a top priority in the factory extension project at UPM Raflatac, Poland