The first environmental training sessions I gave at UPM at the end of the 1990´s have left me with vivid memories. Concepts such as retention trees, decaying wood, snags, key biotops and riparian zones were changing everyday forestry practices. Looking through the eyes of a biologist, I saw a group of forestry professionals who had a sense of pride in their work and who were prepared to change the way things were done. Even though a number of significant and challenging changes were required, there was a clear interest in and call for training related to environmental issues. I also learned what the ideal target audience for environmental training would be like: a group of people who not only had a grasp of practices but also a personal interest in nature – the kind of interest that means you actually own a pair of wellington boots.

A lot has happened since those first training sessions. There has been a change in the whole culture of operation, driven by public opinion, the company's own environmental objectives and instructions, changes in forest and nature protection legislation and forest certifications. Environmental objectives are an integral part of the everyday use of forests in wood production. With deadwood in particular, there has been a key shift in thinking. Whereas previously forest hygiene was considered a matter of honour, and dead wood was only seen to ruin forests, it now has a central and natural part to play in modern forestry and in preserving biodiversity. 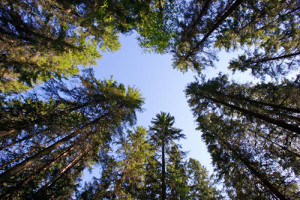 The positive effects of PEFC certification are already seen in our forests.

PEFC has had a key role in developing forestry into what it is today. A report by Gaia Consulting gives a clear positive message in relation to the effects of PEFC certification in Finland. According to the report, PEFC has had a far-reaching impact on the forestry industry and society as a whole. PEFC sets the conditions for forestry operations in practice, while the new forest law only sets the minimum requirements. PEFC has changed attitudes, competencies and procedures. This forms a strong base for building a new, sustainable bioeconomy.

Forest certification comprises many aspects, from financial issues and effects on markets to forest management, social responsibility and environmental issues. From this list, environmental issues in particular are a major focus of discussions within the industry. Although it takes time for changes to be seen in forests after practices are changed, according to experts who contributed to the report, positive changes set in motion by PEFC can already be observed for some endangered species. Thanks to PEFC, more than 500,000 cubic metres of retention trees and dead wood are left in the forests every year. This equates to 7 million cubic metres during the period covered by the report, from 2000 to 2014. PEFC also includes environmental instructions for harvesting energy wood, which is an essential element missing from the new forest law. Another obligation worth mentioning is controlled burning. PEFC creates new habitats for species living in fire areas.

The expert report, newly published in Finland, is unique even on an international level. PEFC's effectiveness has been confirmed, and it has laid the foundations for modern, multi-objective forest use and other industry standards.

PEFC has also received criticism. It should be acknowledged, however, that certification is voluntary and up to the forest owner. In a best case scenario, environmental protection and a sustainable bioeconomy should be everybody's business. There are many measures that can be taken — and in the case of voluntary actions, the more actions we take, the better.

The post has been originally published on Finnish Forest Industries’ blog ‘Lastuja’ in Finnish.

Forests are changing along with the climate