The World Championships and the National Championships are not the only ice hockey tournaments. UPM’s mills will compete in the company championships for the 19th time this upcoming season.

The Griffin Cup was established in 2001, when six Finnish teams from UPM’s mills and nearly 100 players gathered in Kuusankoski to compete in the ice hockey corporate championships. Since then, the hockey family has extended to include UPM mills in Germany. The teams practice several times a week throughout the winter season.

Esa Pellonharju, machine operator at the Kaukas mill, has competed in the championships since the first tournament.

"The Cup is a great event. The games are taken seriously but there is no foul play. The feeling after winning the final is indescribable. But no matter what the score, we are all winners. We feel like we are one big family." 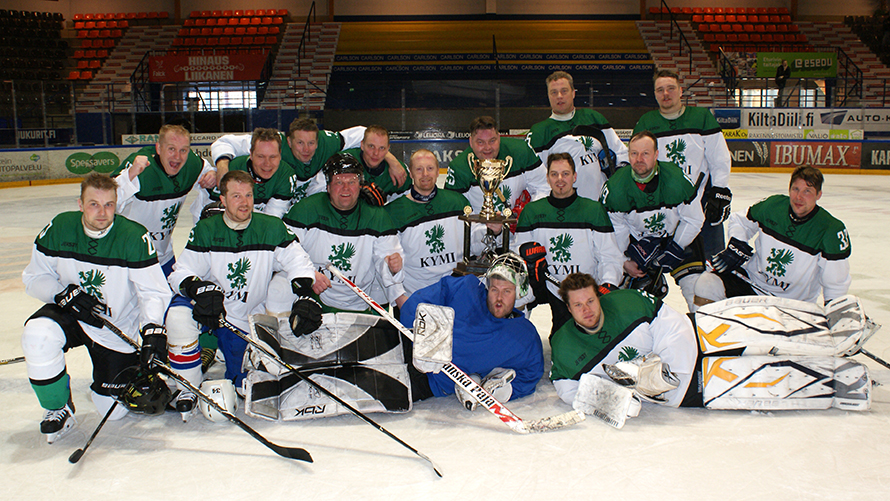 "We won by at least one goal"

Last spring, the tournament was organised by the Pellos plywood mill. The players, support teams and officials, as well as approximately 200 UPM employees enjoy ice hockey, each other's company and new friendships. The general managers of the mills often enthusiastically watch the tournament from the stands.

Matti Oksanen, who has enjoyed a long career at the Voikkaa and Kymi mills, is the mastermind behind the Griffin Cup tournament. "Instead of different workplace tournaments, we wanted to find out which UPM mill has the best ice hockey team", he reminisces about the beginning of the tournament. Today there are 12 teams participating in the tournament.

"Being in good physical condition leads to better psychological wellbeing and wellbeing at work. The tournament brings friendships between players from different regions, trust, and openness to discuss matters including those related to work. There is a strong sense of community. We know each other and have a strong sense of community playing and watching the sport that we all love. The atmosphere is indescribable. We have made many great memories through the years."

The tournament has led to job rotation between the different mills and some employees have even permanently transferred to another mill.

"The tournament is the highlight of the spring for many. It is planned all through the winter. The best thing about the tournament is of course the fun we have when we play and the amazing team spirit between the teams and the players", states Timo Nurmberg, truck operator at the Kymi mill.

And now, the most important thing: the scores. Who won the last tournament and is now the current UPM champion? The answer: the Kymi mill, who won for the third time in a row.