When the youngsters of UPM are asked to think of ways to improve safety, plenty of practical suggestions come about and even the corporate executive level listens. A good example of this was a safety boot camp organized in Helsinki last autumn, attended by UPM summer workers from four different localities.

A group of young people dressed in green t-shirts walk to the front of a workshop space called Inno at the Biofore House.

”Hi, we’re Saara, Viivi, Heikki, Henkka and Maija, the green team. Our theme today was safety management,” one of the young women says in English.

During the workshop day, UPM’s summer workers from the office and production sites of Kaukas, Tampere, Pellos and Kymi have been brainstorming in mixed groups about how to develop safety even more efficiently. The goal is to get ideas from outside the box, and ideas are flowing indeed. The green team has been thinking about what UPM does and why, and what could be done next.

The team has many suggestions. One of them is that different managers would change positions with each other to see situations with new eyes and to share information. One of the four workshop judges, Matti Laaksonen, immediately makes notes in his papers. When it is time for the judges’ feedback, Laaksonen gives his evaluation.

“Thank you, you had a lot of new ideas. I was especially interested in the idea about the managers switching places,” he says.

Next, it’s time for the dark blue team to present the results of their work. They suggest that there should be discussions about what is being done well, and not just those areas of safety that need improving.

“I especially liked how you also focused on the positive,” says Merja Partio, one of the judges. “Positive feedback motivates people.”

When the orange team is pitching their ideas, they suggest an open day for families with a focus on safety issues. These emotionally charged ideas get the judges excited: if a father sees his small daughter wearing a helmet on an open day, maybe he’ll remember safety issues better in the future.

Safety is important for young people

In the old days, and in all industries, working culture used to be fairly careless. But this is not the case anymore. During the boot camp, it becomes clear that thinking about safety at the mills is as natural to young people as putting on a seat belt in a car. Finally, it’s time to summarise the results of the day.

”For two summers, I’ve done office work at credit control. This day taught me what kinds of safety risks must be taken into consideration at the mills every day. At UPM, young people are given responsibility in their own work, which could also be seen here. We were given the space and equipment to do something real, and that’s how it’s supposed to be. Being encouraged to act and to address shortcomings was fantastic,” says Veli-Matti Lehtinen from Tampere. 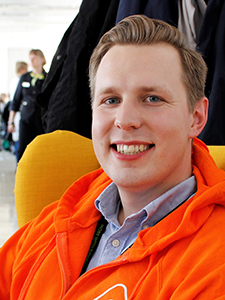 Veli-Matti Lehtinen has worked at UPM’s credit control for two summers. “It seems to me that the judges really appreciated our ideas today.”

Saara Laamanen, who worked in the lignin team at the Lappeenranta Research Center was also very happy with the boot camp day. “It was surprising how many ideas we could come up with here, even though everything is already so well-managed at UPM. Today was a reminder of the fact that we have to take safety into consideration also in our free time,” says Laamanen. The amount of good ideas from the youngsters surprised the judges. 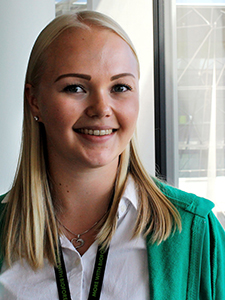 The boot camp gave a new perspective on safety to Saara Laamanen, who worked at the Lappeenranta Research Center. “It’s important everywhere, not just at the mills.”

“I respect how direct young people are with their opinions. They had good, concrete ideas that should be taken seriously,” says Riitta Savonlahti, EVP, Human Resources.

”It was surprising to see how quickly young people can crystallize ideas. They’re trustworthy and they have a great attitude,” says Markku Tuderman.

”We have keen, well-informed, and motivated young people working here. It was great to hear their observations about safety. They had understood well what we talk about at UPM,” adds Matti Laaksonen.

Read more about our summer jobs in Finland